The History of Freemasonry in Wiltshire 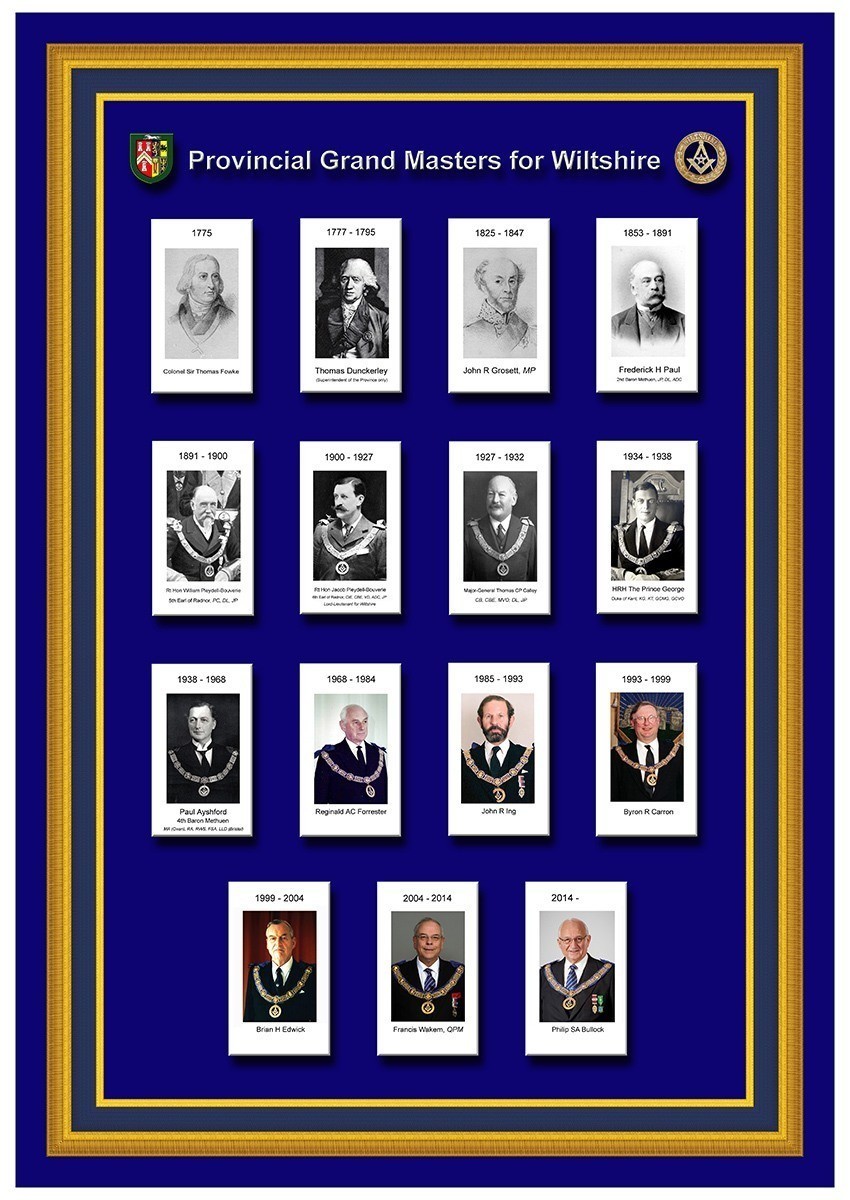 It is known that Freemasonry existed in Wiltshire from a time before 1732 with records showing that a Lodge known as the 'Salisbury Lodge' met in the City and a 'Lodge of the Crown Inn' met in Devizes. However, it was the appointment in 1775 of Sir Thomas Fowke as the first Provincial Grand Master which signalled the start of our history as a Province.

On 12th February 1812 the 'Lodge of Rectitude', the oldest Lodge in Wiltshire was formed and although it has had several meeting places it continues to thrive meeting in Corsham.

In 1813 the union of the two Grand Lodges, aptly referred to as the 'Ancients' and the 'Moderns' brought stability to English Freemasonry and Wiltshire became part of the United Grand Lodge of England. Incidentally, Freemasons Hall in London which is the Head Quarters of the UGLE has been used in a number of televison programmes including 'Spooks' a series about the work of the Intelligence Services.

Following the Second World War, the Province expanded rapidly. Wiltshire, however remains one of the smallest Provinces within the United Kingdom. Its 44 Lodges meet in centres around Salisbury Plain from Swindon and Highworth in the North, Downton in the South, Marlborough in the East and Bradford on Avon in the West. Membership is in the order of 2,300 and increasing year by year.

The present Provincial Grand Master for Wiltshire is Philip Bullock and under his leadership the Province has adopted an active policy of greater openness and transparency in the role that Freemasonry plays in the Wiltshire community. Freemasons in Wiltshire continue to support many of the local charities and good causes within the County.

The Province of Wiltshire encourages Lodges within Wiltshire to deposit written records of meetings with the Wiltshire and Swindon History Society which is based in Chippenham; it is hoped that future generations will be able to access the archives as they research the heritage of the area and the part that Freemasonry has played in the life of the County.