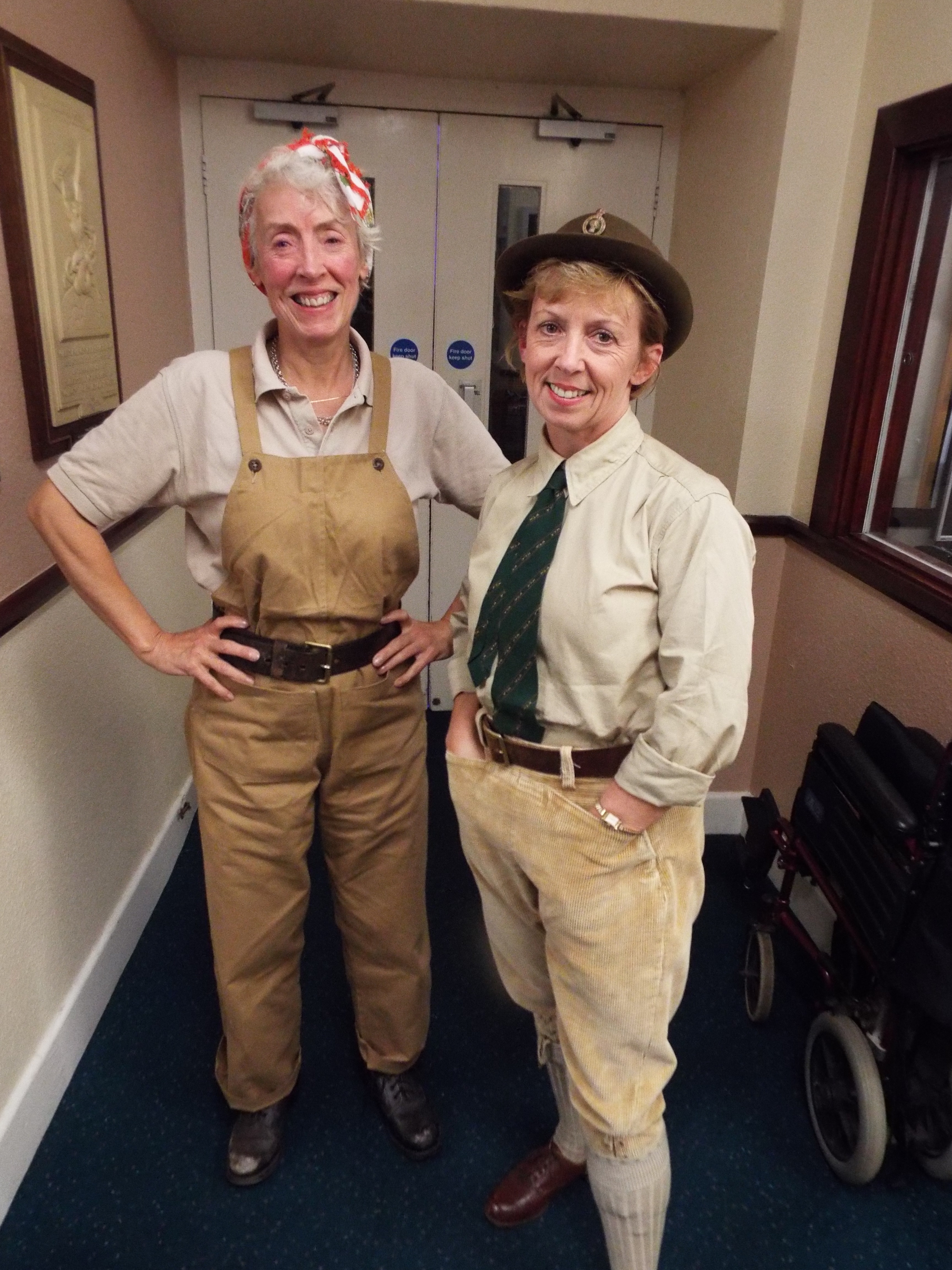 Special guest Assistant Provincial Grand Master Steve Bridge accompanied by his lady Karen was received by the Warminster Military Wives Choir and the BJ Big Band at Melksham's Assembly Hall on Saturday 10th October.  The occasion was a concert  organised by the Wiltshire Lodge of Agriculture No. 9090 to mark World Hospice and Palliative Care Day and to raise funds for Dorothy House Hospice Care.

The Home Front theme was chosento mark the 100th anniversary of the commencement of the Great War and the 70th anniversay of the end of the Second World War.  This year also coincides with the centenary of the Board of Agricultural Land Workers and the Women’s Institute.

Many songs were written to lift the spirits of the nation during the war years and together with songs composed for Gareth Malone’s Military Wives Choir were beautifully performed by the ladies from Warminster.

The BJ BigBand which includes our Provincial Grand Organist Mike May and Mike Pearce, Master of Lansdown Lodge of Unity No. 626 played music in the Glen Miller style whilst images of rural scenes and wartime posters were projected onto a large screen.   The line-up for the show was completed with Donna-Kate Wilson and Joanna Deacon the DeciBelles.

Representatives of the Royal Wootton Bassett Branch of the Royal British Legion were joined by members of a re-enactment group - Land Girls at Large. 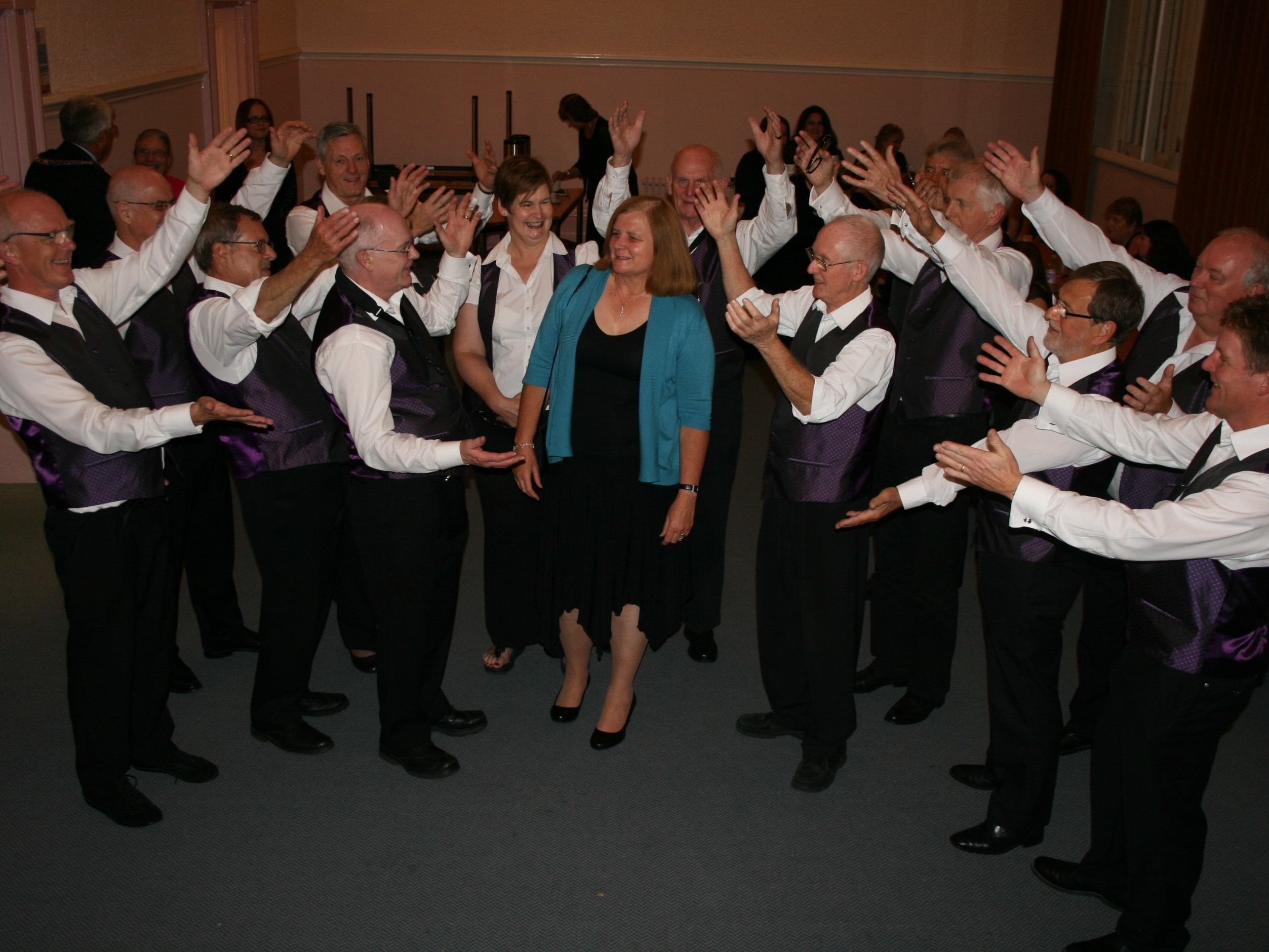 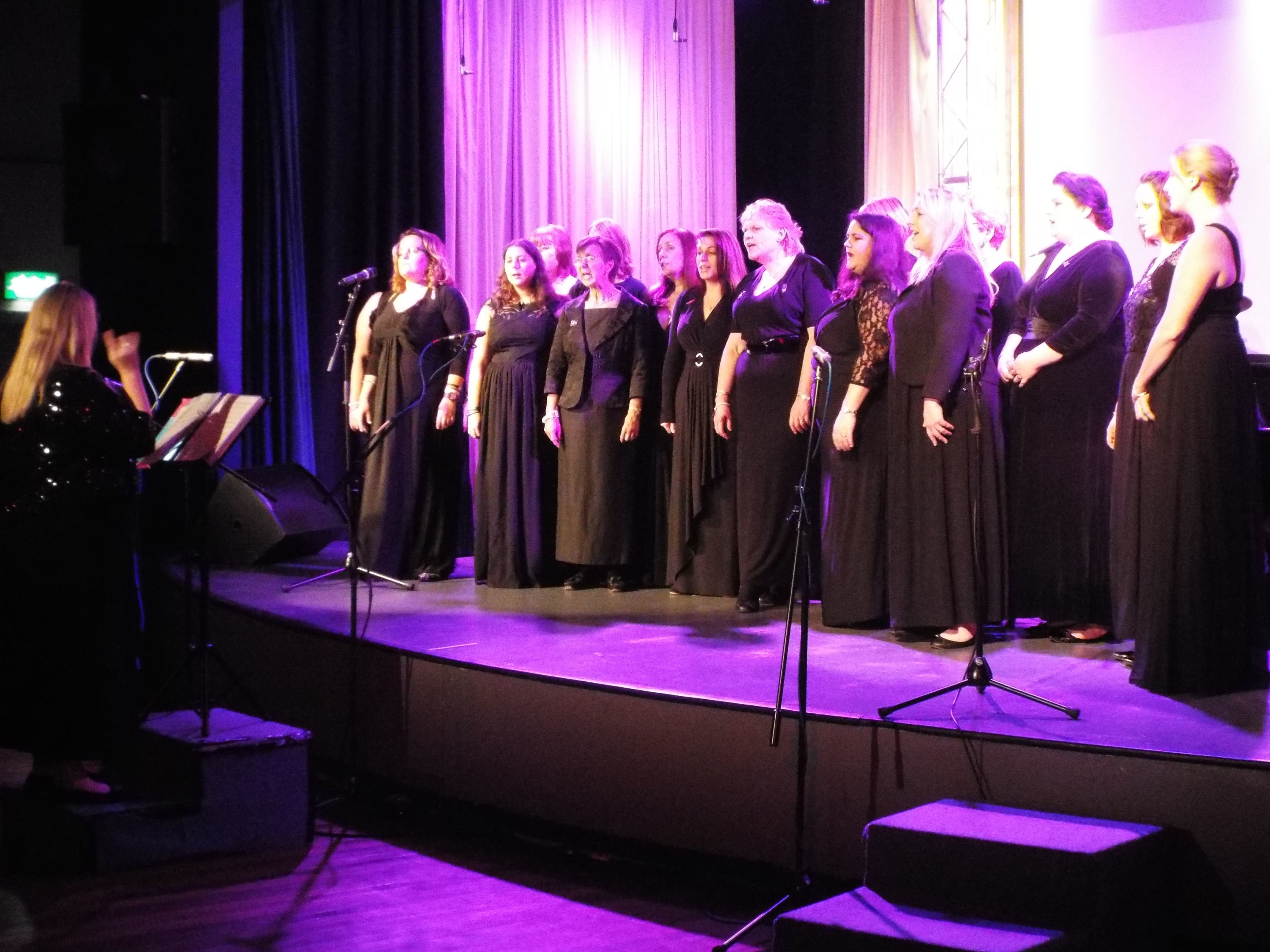 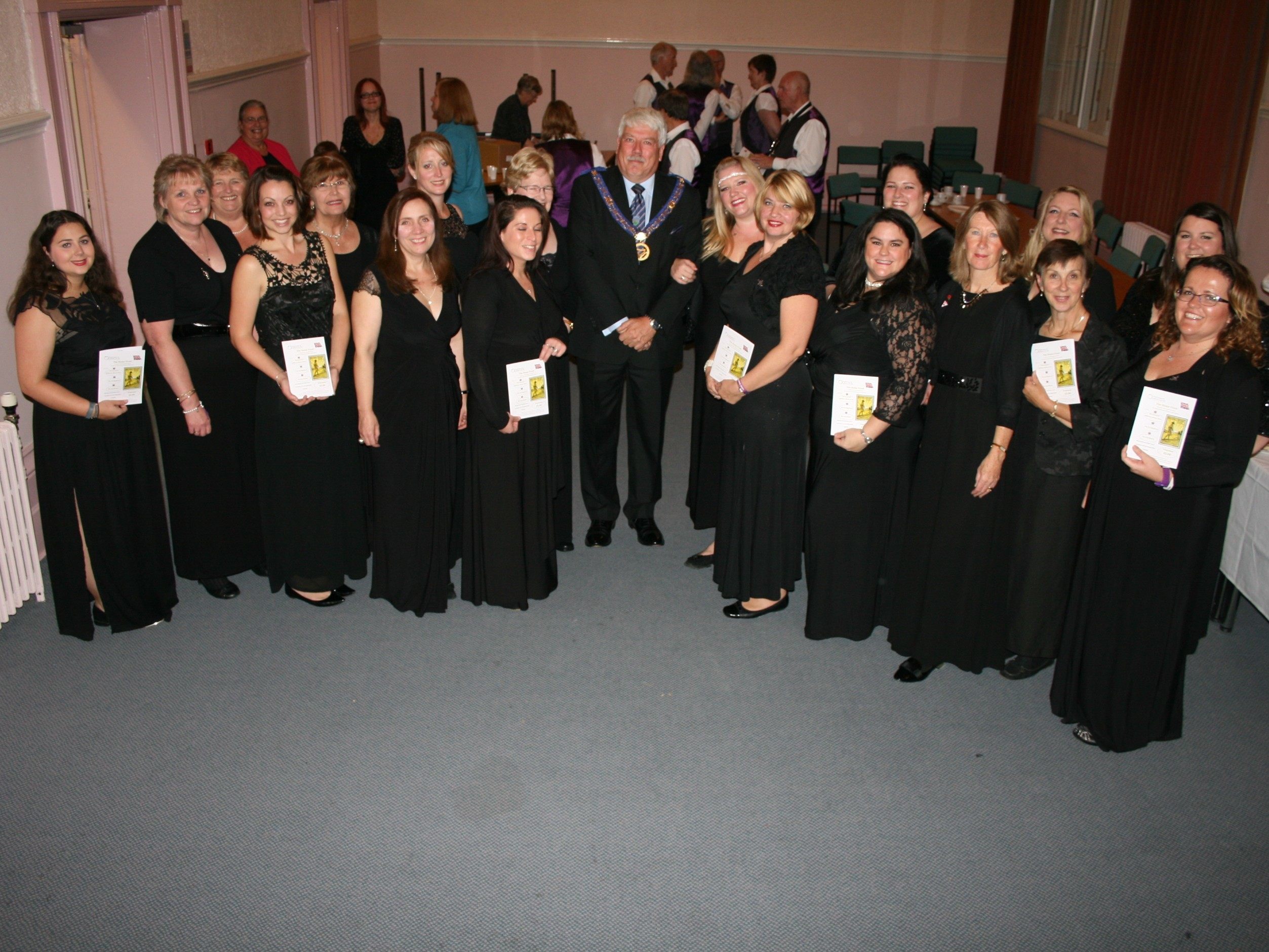 The Assistant Provincial Grand Master is joined by choir members