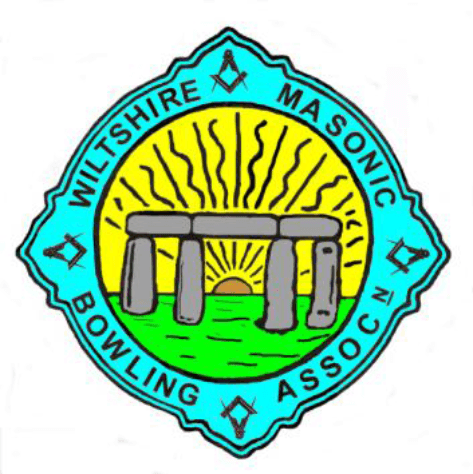 The Wiltshire Masonic Bowls Association was formed in May 1946 and this year celebrates its 70th anniversary.  The associations primary objectives is to bring together Wiltshire Brethren and their families in friendship and bowling sportsmanship and to provide support to Masonic and non-Masonic Charities.

New Members are always welcome.  If any Brother is interested in joining us for some, if not all, of the games during the season or would like more information please do not hesitate to contact either Phil Brown on 01380 729 742 or David Holliday on 01793 526 533.

A total of 7 competitive matches were played, three matches against other Provinces (we were successful in 2 out of the 3.games   This year we retained the “Jack Gleason President’s Cup against Somerset Masons (Home and Away 114-96 and 48-40)

Every year we enter the “Masonic Annual Charity “(MACE) Competition at Melton Mowbray Bowls Club  This year we entered” two teams of (four bowlers)  Neither Team made it through” to the “playoffs.   A magnificent grand total of £2,500 was raised for Local Charities.

After many years of dedicated and often frustrating work for our Association W.Bro Phil Brown is “handing over his well thumbed Fixtures Book” to W.Bro Clive Stainer(Flag Officer)  W.Bro. Clive will be officially installed at our AGM at the Planks on Saturday 10th November.  The WMBA owe W.Bro Phil Brown a “huge vote of thanks” for all the hard work he has carried out on our behalf.

May I thank all my Officers for all their hard work, throughout a very busy Season, thus ensuring that the year was once again a successful one.

Once again we were very grateful for the bowling support of member’s wives and friends.and the hosting of a number of Competition\Games at Pewsey Bowls Club 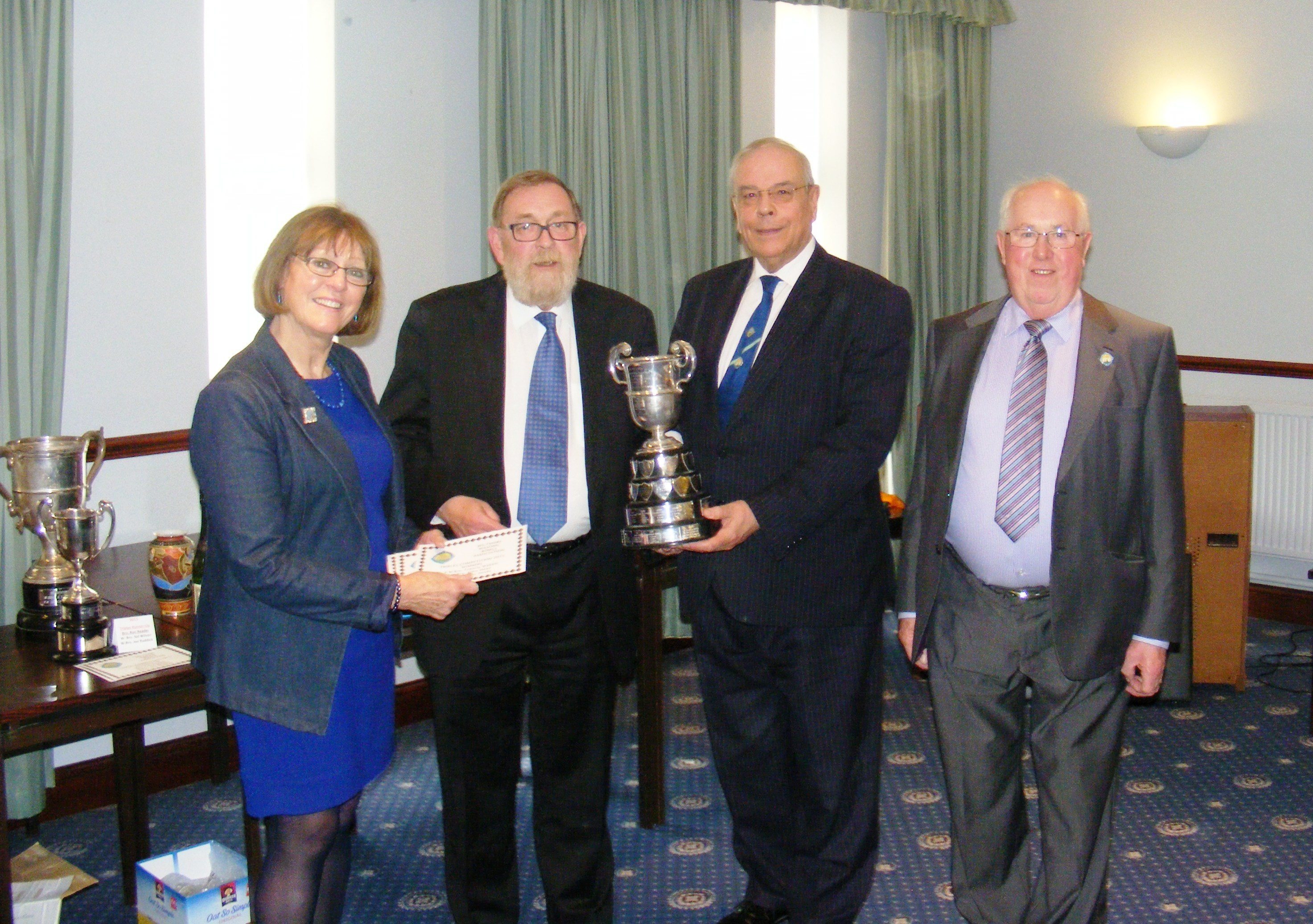 Formed in May 1946 at the end of the Second World War, when rationing was still in force, the Wiltshire Masonic Bowls Association is celebrating its 70th anniversary this year.  During the 70 years there have been only seven Presidents of which Bob Roberts-Phare and Peter Jones are the only two who have 'not died in service'

Members of the association held a special joint dinner and prize giving  at which Sally Bullock, presented the winners with their trophies.  45 members and guests attended and a raffle raised £225

In proposing the toast to the Wiltshire Masonic Bowls Association, Philip Bullock praised the foresight of the founders in forming something which members of all ages, especially those of advancing years could enjoy.  Bob Roberts-Phare was delighted to respond.

Every anniversary is a wonderful achievement, a platinum anniversary is so much more and it is testimony to the membership that the association goes from strength to strength. 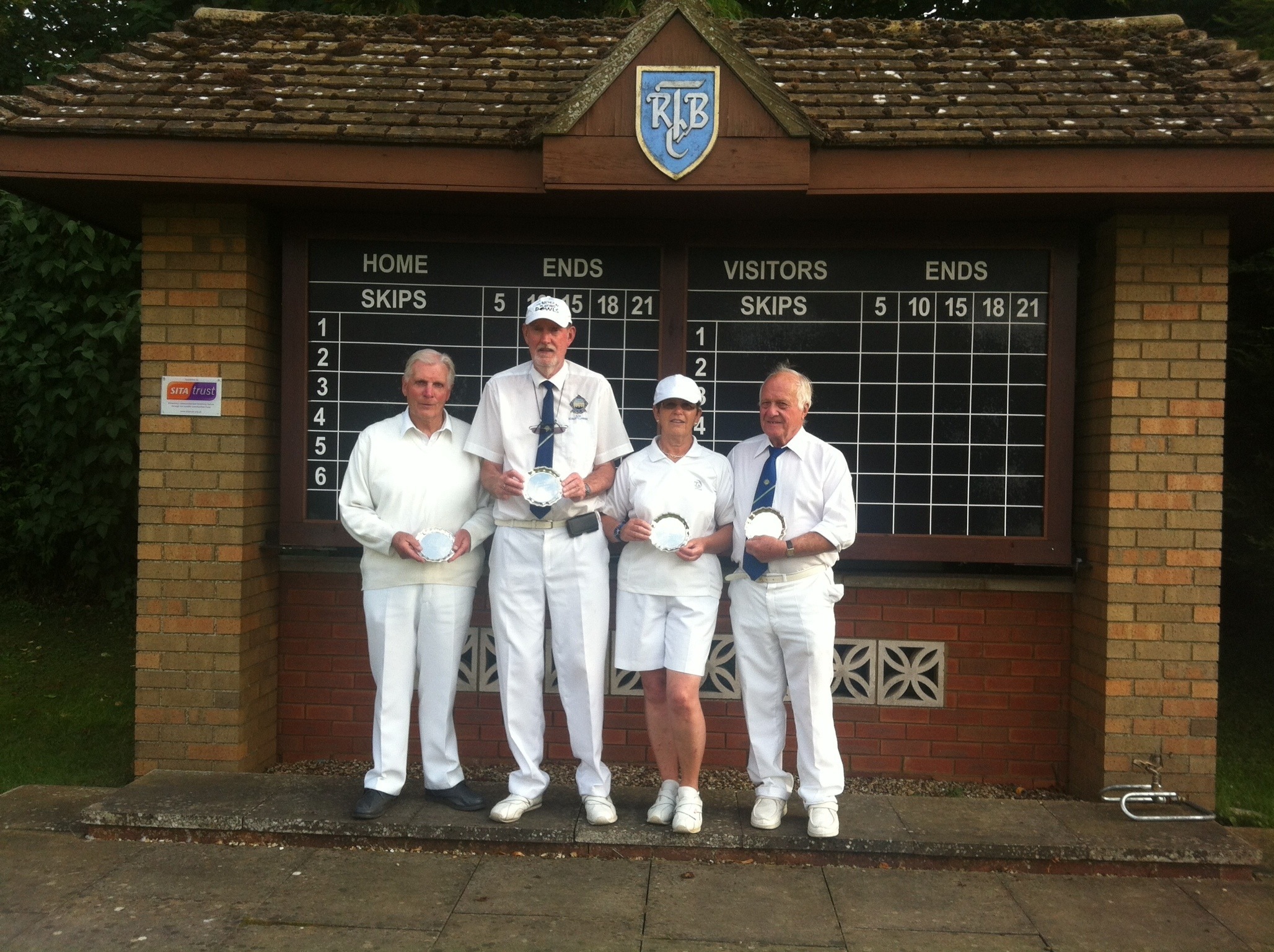 Led by President Bob Roberts-Phare, wife Ann, Phil Brown and Andy Grey, the Wiltshire team triumphed and were rewarded for their magnificent effort with a superb engraved plate.