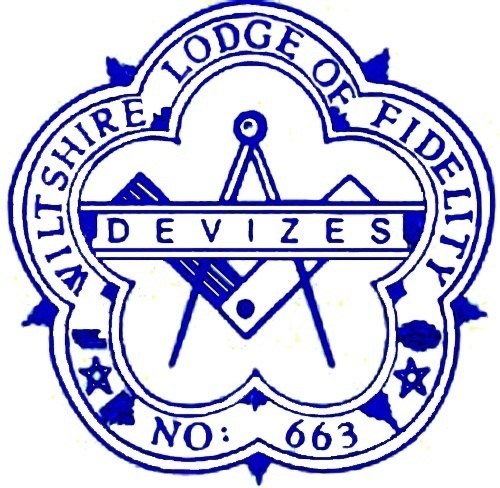 The Lodge meets at 6.30pm on the third Friday in every month (except May, June, July and August)

Installation at March meeting when the Lodge Tyles at 6.00pm 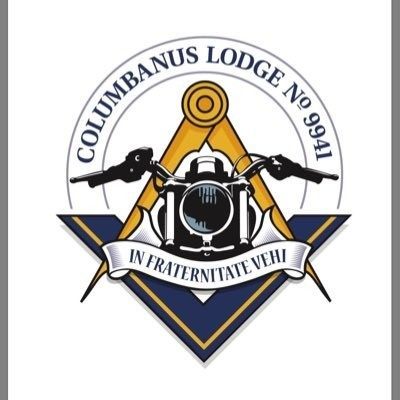 There was not a spare seat in the Masonic Hall at Keynsham on Saturday the 20th of May 2017 when 34 motorcyclist Freemasons from across Gloucestershire, Somerset and Wiltshire came together to form a new Lodge. Philip Bullock PrGM joined Brethren from Wiltshire when Columbanus Lodge No. 9941 was consecrated in a  ceremony led by RWBro Stuart Hadler PrGM for Somerset.

Bro Roger Penny a very regular visitor to Wiltshire was installed as the Primus Master, while four brethren from the Wiltshire Lodge of Fidelity, two Brethren from Bradford on Avon and one brother from Salisbury were among those named as Founder members and officers of the Lodge.

The alms collection was donated to the Somerset 2020 festival and in a very special gesture the £600 raised from a raffle was given to the Freewheelers Charity which supports motorcyclists who deliver out of hour’s blood for the NHS.  Bro Martin Emslie Provincial Organis tfor Somerset added a unique feature to the installation ceremony of the officers by playing tunes that matched their role or surname. 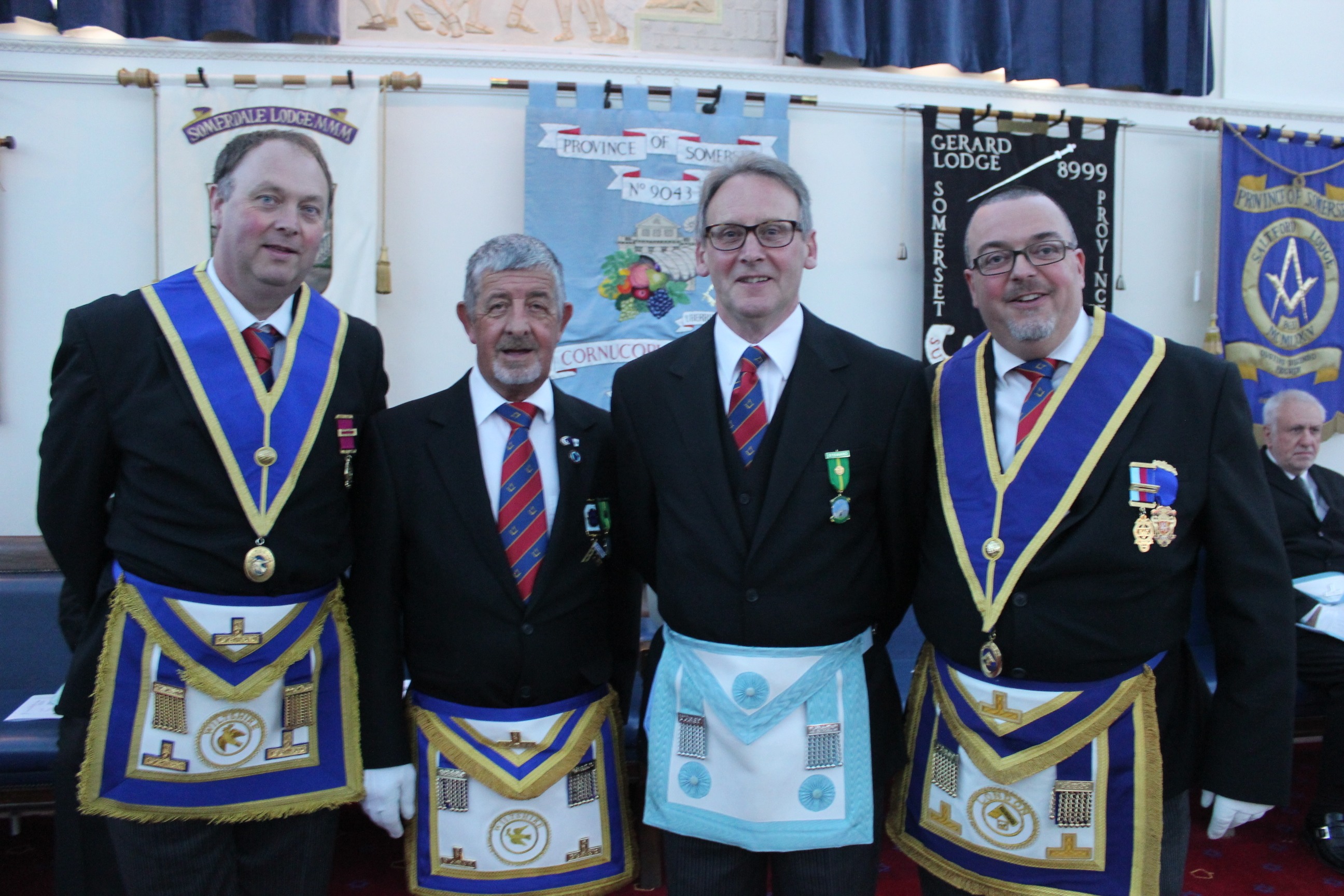 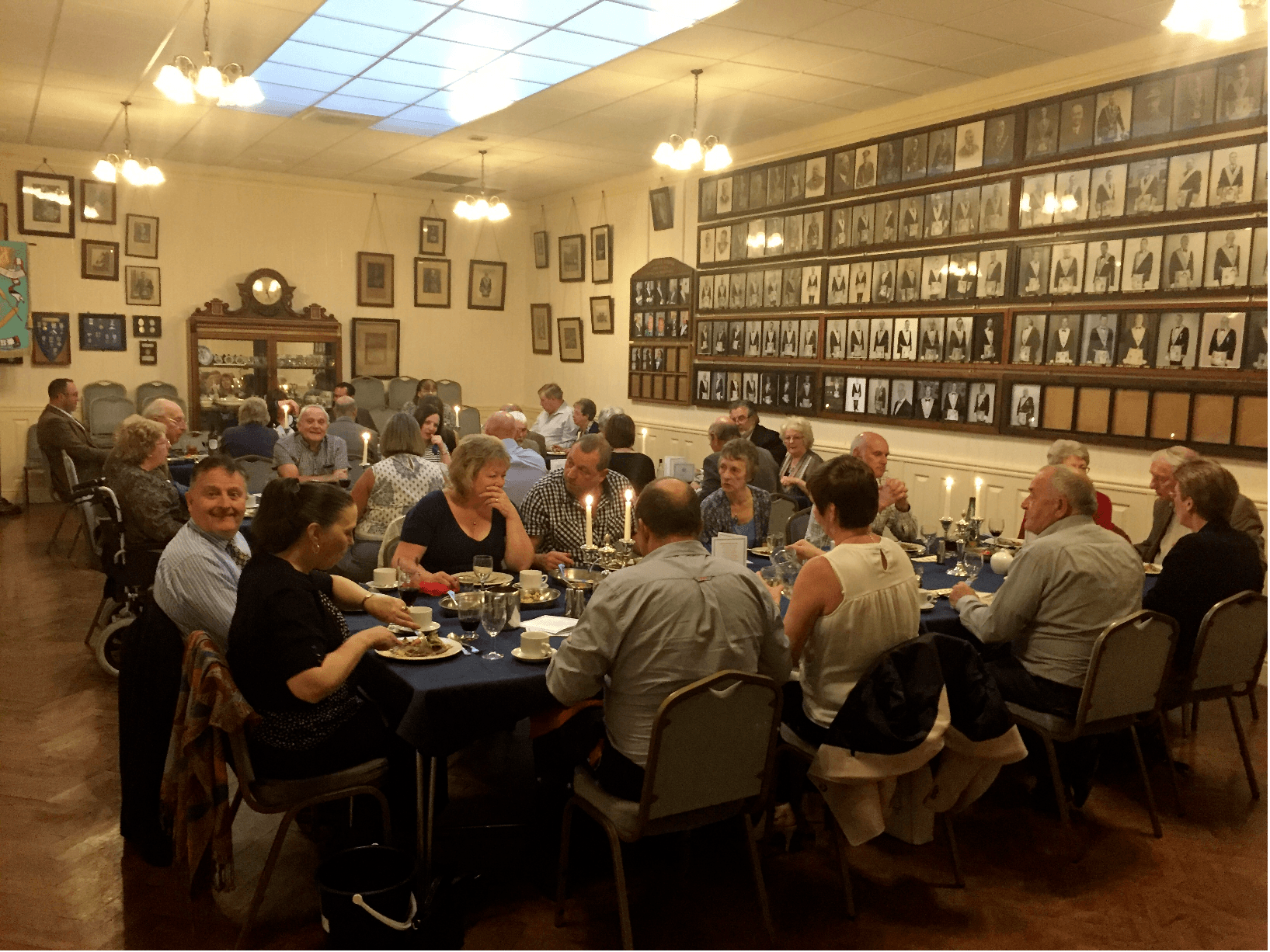 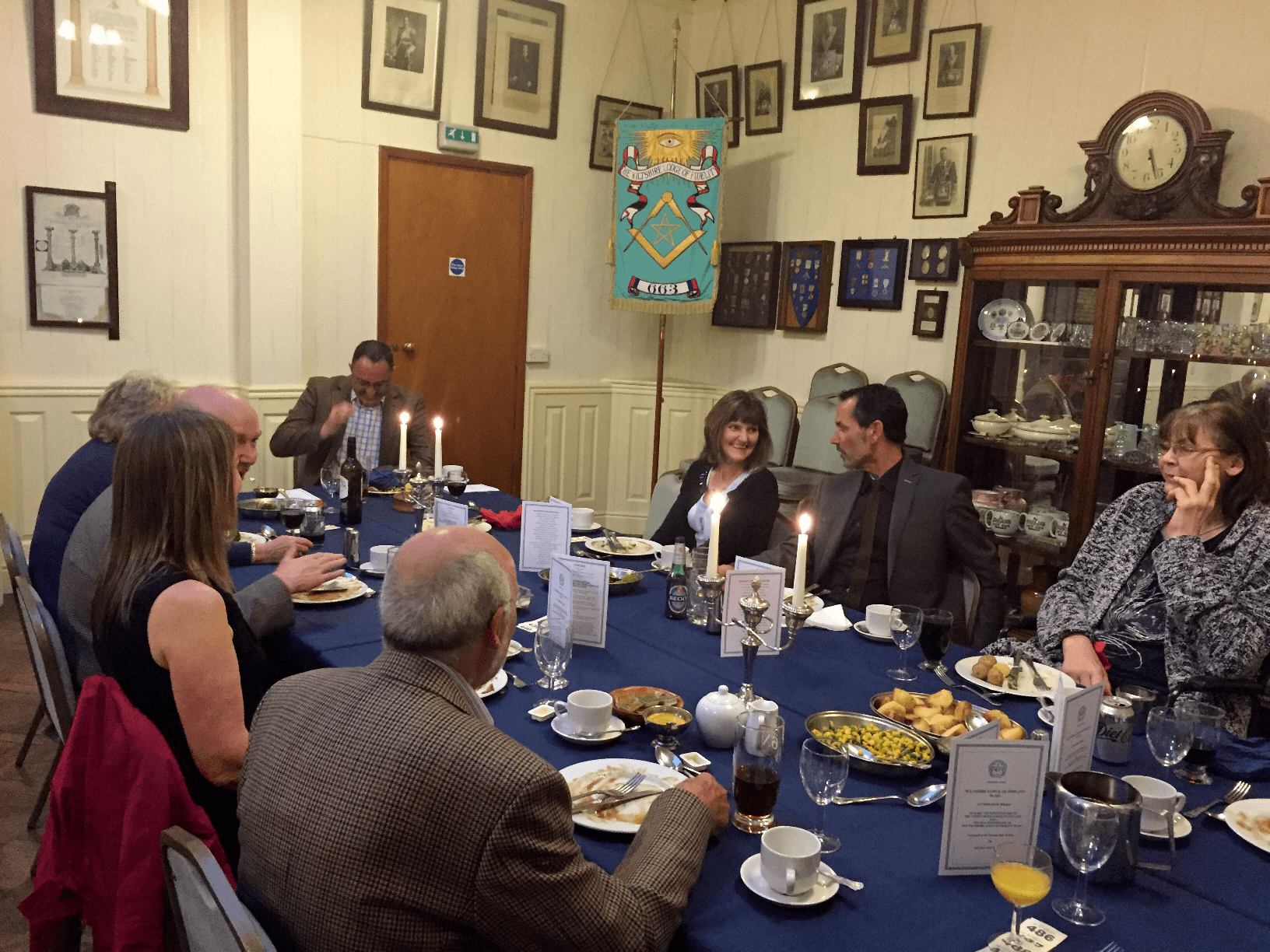 The Wiltshire Lodge of Fidelity No. 663 held their annual dinner for members, partners and friends on Saturday 22nd April 2017 and as it was held in such an auspicous year it was thought appropriate to designate it as a ‘Tercentenary Dinner’.

Thirty five Brethren, partners and friends attended and enjoyed a wonderful three course meal consisting of Egg Mayonnaise, a main course of Roast Beef and all the trimmings followed by an incredibly delicious Lemon Meringue Pie.  For those who still had room this was followed by cheese and biscuits and coffee.

A raffle was held which raised £109.00 which will be put towards the new Master, Gordon Hardie’s selected charities.

The evening was rounded off by all attending receiving a small gift donated by Immeidate Past Master W Bro David Bolwell and his wife Patricia.

Correspondent and Lodge Secretary Bill Hicks concluded "I think it can be said without fear of contradiction, that a good evening was had by all!"  To which we can but agree.

Rowing for the Tercentenary 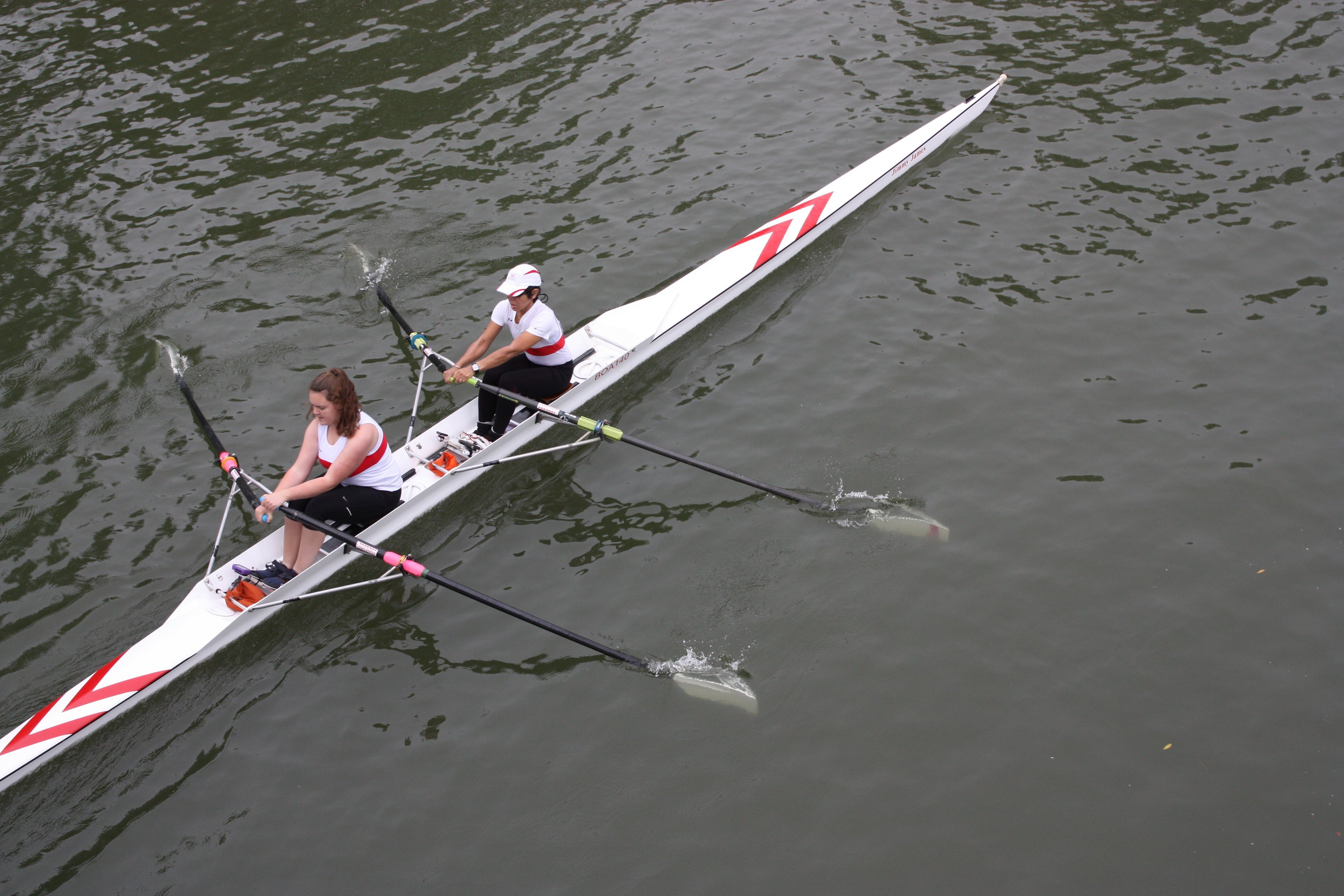 The '300 hours for 300 years' initiative has certainly struck a chord with many members of the Province and Bro Geoffrey Brewer of the Wiltshire Lodge of Fidelity No. 663 is no exception.

As a former athletics coach, Geoff is used to 'doing the hard yards' and more especially extracting them from his charges.  It's no coincidence that Geoff, joined by his wife Carol (also a former coach) are putting in the hours on a voluntary basis at Bradford on Avon Rowing Club as their daughter Tamsin has been an active competing sculler and rower at BOARC since she was twelve years of age.

Carol coaches sessions for junior rowers, plus she helps out with organising the clubs attendance at Regattas and Head Races; while Geoff has taken on the long vacant role of Club Welfare Officer, this role at times includes covering the CWO post for the Kayaking arm of the Club famous for being the home club of Olympic gold medalist Ed McKeever.

The photo shows Tamsin (left) and her IM3 sculling partner on the Thames earlier this year.

The Club is currently undertaking a major project seeking to rebuild the facility at Barton Bridge BoA.  Additionally it has recently purchased a magnificent 'eight' pre owned by the New Zealand Olympic team and used by their ladies eight in the London Olympics.

Assistant Provincial Grand Master,  Stephen Bridge commenting on this wonderful achievement said "I am in awe of the dedication of athletes like Tamsin who work so hard to be the very best in their chosen discipline; I am also delighted that Geoff and his wife Carol are supporting the 300 hours for 300 years initiative by volunteering with the Rowing Club and wish them well"