The Quaich (and the whisky) comes to Swindon

Wednesday 14th February 2018 was an important date in the Wiltshire Chapter No 355 calendar because it marked the arrival of The Wiltshire Travelling Quaich (pronounced “quake”) into its safekeeping from the Chapter of Harmony No. 663.

The eight-strong delegation from Chapter of Harmony was led by E Comp David Wilson, who presented the Travelling Quaich to E Comp Michael Page in an excellent manner and in accordance with time honoured tradition.  E Comp Michael Page, MEZ of Wiltshire Chapter, thanked E Comp David Wilson and his delegation party for attending the meeting and for the excellent manner in which they performed the handover ceremony.

Later in the evening E Comp David Wilson presented E Comp Michael Page (pictured below) with a bottle of the finest malt whiskey so that they could drink from the Quaich to seal the bond of friendship and fraternal affection.  E Comp Michael Page concluded that he and the Companions of the Wiltshire Chapter are looking forward to upholding this wonderful tradition by handing over The Wiltshire Travelling Quaich to the Chapter of Friendship & Unity No 1271 meeting in Bradford-on-Avon on 21st March 2018. 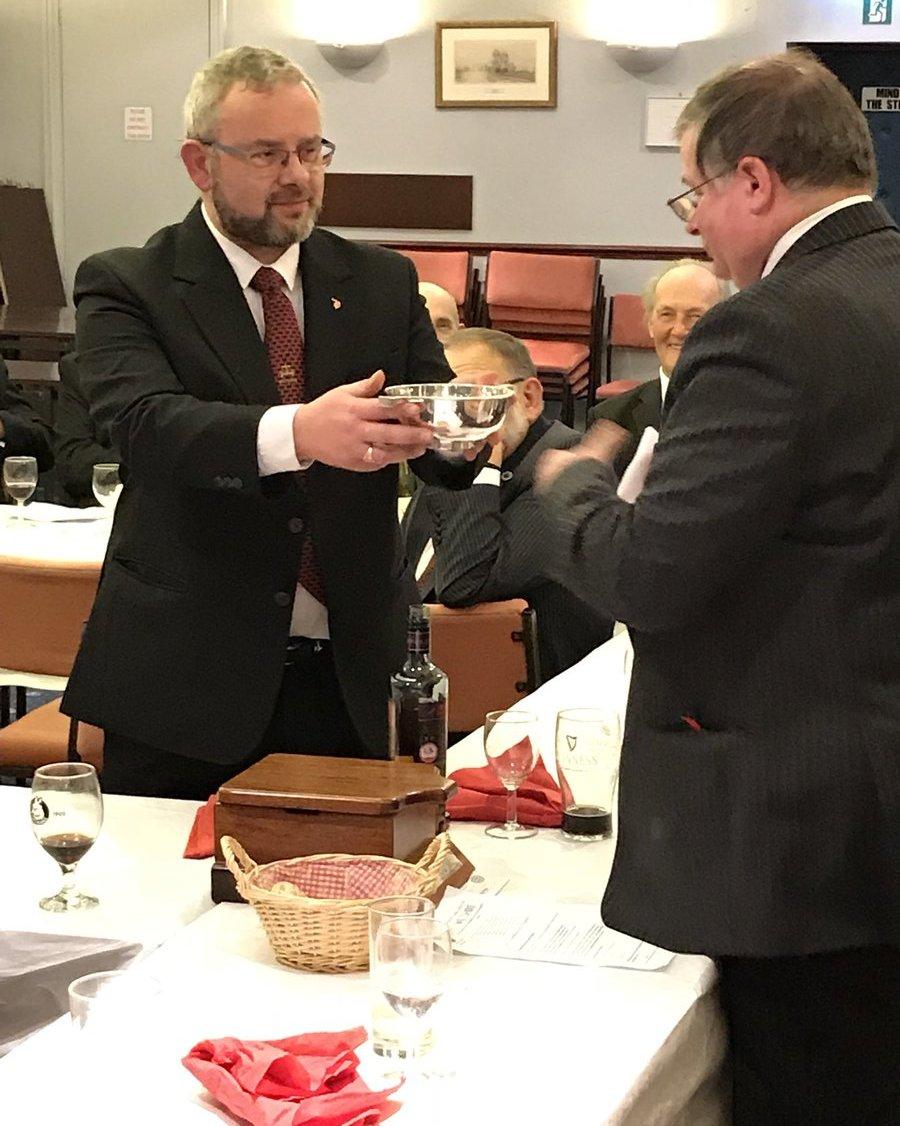