The Chapter meets at 6.15pm on the first Tuesday in March, April, September and November. 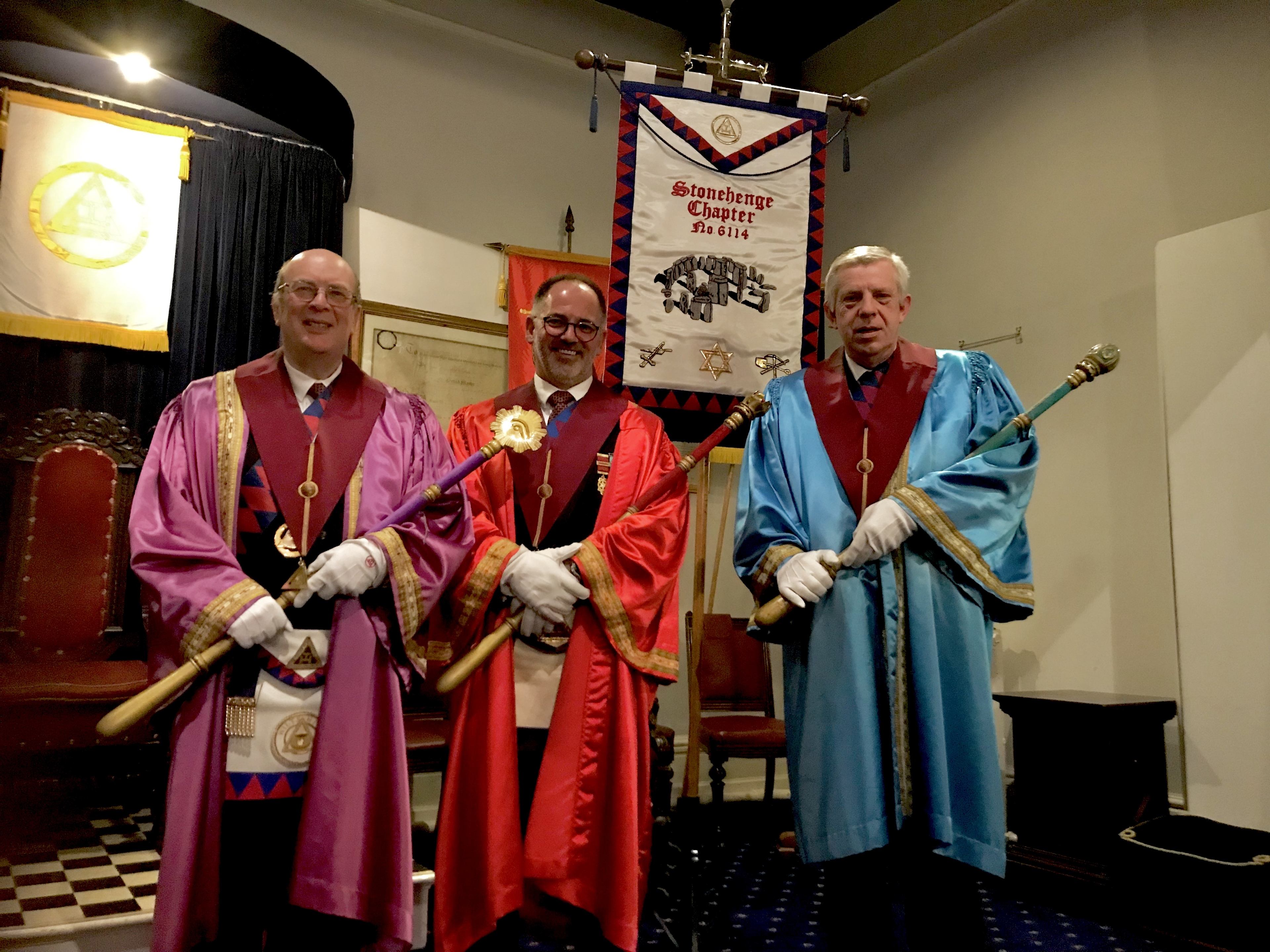 “A wonderful evening” was how one Companion described the banner dedication at Stonehenge Chapter No. 6114 in Salisbury on Friday 18th January.

The Most Excellent Grand Superintendent John Reid, was proffered the sceptre by the MEZ E. Comp. W. Wyatt and accepted it with grateful thanks. The banner party was assembled and accompanied the new banner back into the Chapter for its formal dedication. The Companions present were in good voice and the singing of the hymns chosen for the evening certainly added to the occasion. If this was not enough, the Chapter also dedicated a set of new ensigns for the staves on the same evening.

The evening was further enhanced by a wonderful oration by E. Comp. Rev John Hughes who discussed the role of a banner or standard in the military and gave a quick history on the ensigns of the Twelve Tribes of Israel. He explained how, in the past, banners had acted as a rallying points and challenged the Companions of the Stonehenge Chapter to use it to bring more Companions into the beauty of the Royal Arch and share the message of our ceremony not only in the Chapter, but within our everyday life.

Following the dedication the Companions retired to the Festive Board and the enjoyment of the evening continued. Congratulations must go to all the Companions of Stonehenge Chapter who worked so hard to achieve a wonderful and unique moment in the history of the Chapter.

However the last word should go to E. Comp. Foster Telford who visited the Chapter to see the dedication, “Tonight I visited Stonehenge Chapter No. 6114, to witness their banner dedication. It was a beautiful ceremony with excellent hymns, wonderful singing and a very illuminating talk. A very happy and successful evening.” 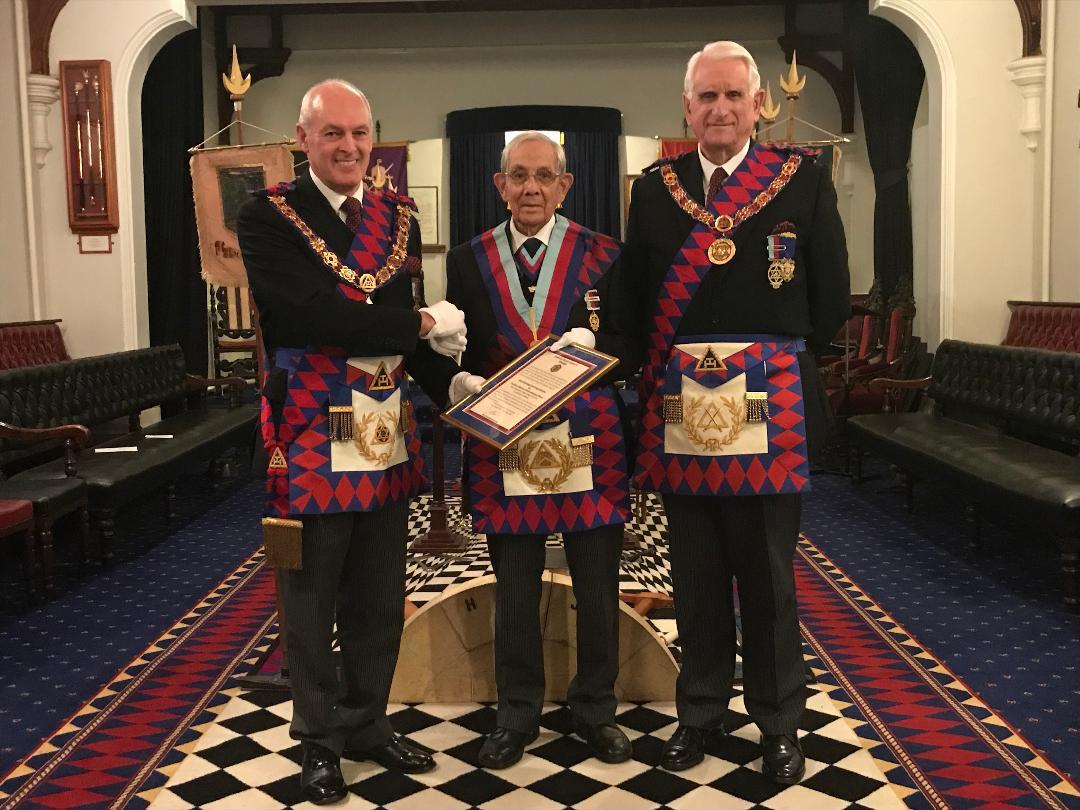 Companions how many times do we hear Brethren or Companions say ‘I wish I had joined Masonry earlier’ some of us will have been fortunate enough to have do so, but how many of us will actually achieve fifty years membership of the Craft not to mention completing that journey in ‘Pure Antient Masonry’ and achieving it in the Holy Royal Arch which in itself would be a fantastic achievement.

Tonight we are privileged in sharing EComp Andrew Brass’s 60 years a member of the Holy Royal Arch.

Andrew was born on 21 December 1929 (not sure if our records go back quite that far.)

As a hardworking, dedicated and commitment Companion in 1979 he joined the Kenya Chapter N°3727 and 9 years later become a Founding member of the Orient Chapter N°3703 both Chapters being in Nairobi in the District of East Africa, but the year preceding the foundation of the Orient Chapter he was appointed District Grand Scribe Ezra for East Africa an office he held for two years, but not letting the grass grow under his feet he then became a Founding member of the Kathmandu of Nepal Chapter N°8194 in the District of Bengal.

But Companions most importantly he has now become a member of the Stonehenge Chapter and a member of our wonderful Province of Wiltshire.