The Lodge meets at 6.30pm on the third Monday in every month at 6.30pm (except May, June, July and August) and the second Monday in December.

Installation at March meeting when the Lodge Tyles at 5.00pm

At their Regular Meeting on Monday 19th November,  Master of the Lodge welcomed not one but two new members into the Lodge.

Double ceremonies are not 'new' at Chaloner and its good to see they are prepared to 'go the extra mile' and avoid any unwarranted delay in Initiating good men who wish to become Freemasons. 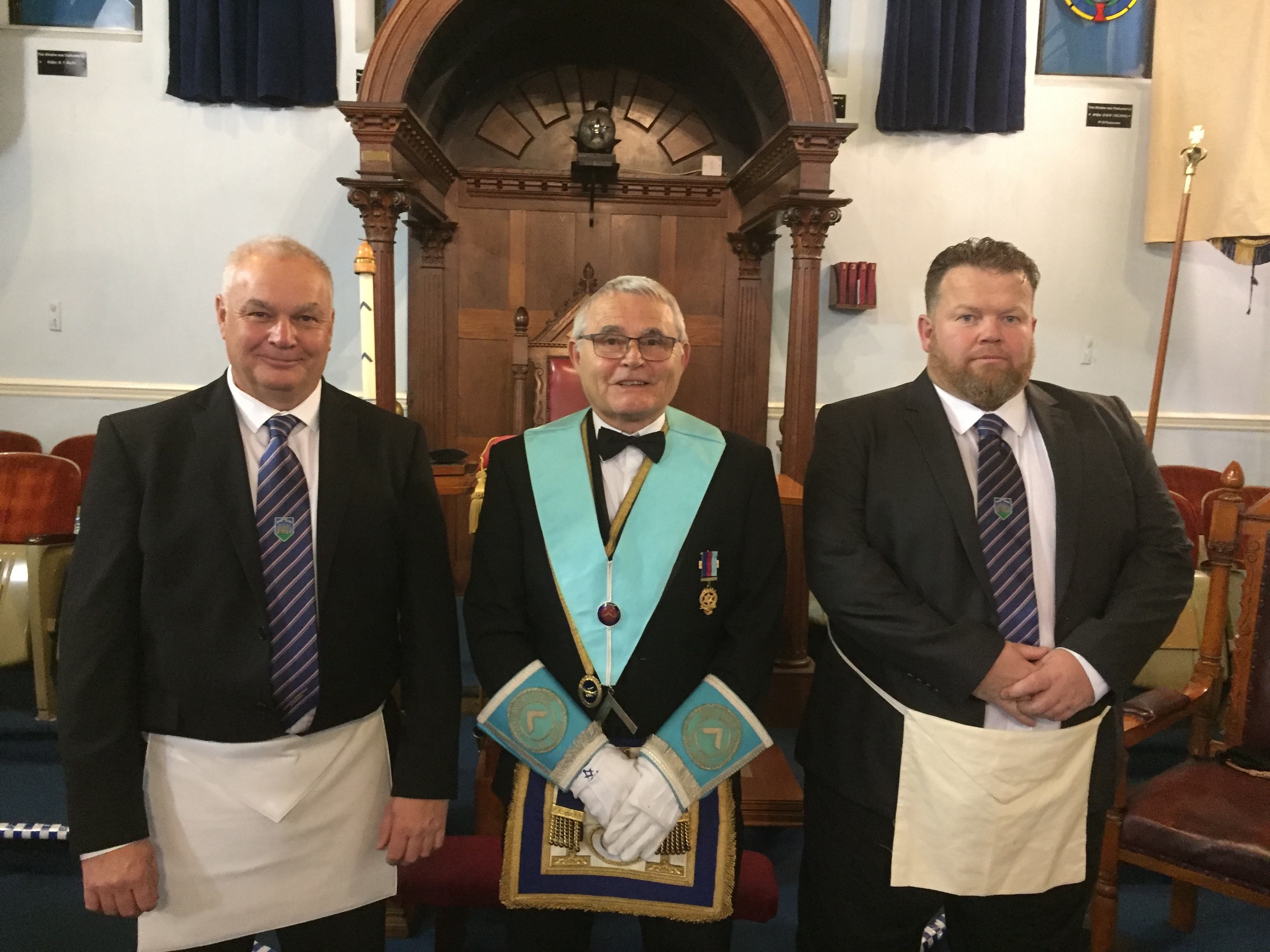 There had been a Lodge in Melksham before Chaloner; the Lodge of Rectitude had met there after leaving Westbury but they did not stay too long, as they fell out with various landlords and the people of Melksham did not take to them.

In 1874 John Parker, who was Junior Warden of the Lodge of Fidelity, Devizes moved to Melksham. Whilst there he became a joining member of Lansdowne Lodge of Unity, Chippenham, and went through the chair.  When he was WM of Lansdowne, he attended the Provincial Grand Lodge when The Earl of Radnor was invested as PrGM at Salisbury. He received some encouragement from members of Provincial Grand Lodge and in 1894 he approached W Bro. Captain Chaloner M.P., then living in Melksham and a past master of the Lodge of Friendship and Sincerity at Shaftesbury. This brother supported the idea and committee meetings were held at his house. After one or two setbacks a meeting held on 28th November 1896, resulted in a resolution that "steps be taken to form a lodge for the Town of Melksham and that £100 be raised by guarantee to the Wilts & Dorset Bank Ltd., to provide for preliminary expenses." It was also agreed that the Lodge be called the Chaloner Lodge. and that Captain Chaloner be the first Master, subject to the approval of the brethren. He resided at Melksham House. He had also been WM of Friendship & Unity, 1271, Bradford on Avon. That Lodge acted as proposers for the new Lodge.

There were 10 Founding members who signed the petition and the Lodge was Dedicated on February 27th 1897. The meeting held at the Free Hall, the Lodge room had been set up as a Temple by six Tylers of different Lodges in Swindon, Bath, Devizes, Chippenham, Bradford and Salisbury.
The Ceremony was started by the Provincial Grand Secretary, Bro. Bevir, as the PrGM had not arrived, but he came soon after and Installed the WM who then installed his officers. The ancient charge was given by the DPrGM W.Bro.C.Phipps (NB it is presumed that this was the address to the Master).

Later at the meeting, 13 candidates were proposed and seven joining members. The Lodge was then closed and a procession was formed, headed by the Melksham Town Band, which proceeded to the Parish Church of St. Michael. Full Regalia being worn, with Banners, etc and a banquet followed at the Town Hall. "The Church Bells rang "merry peals" throughout the day."

At the first meeting, the thirteen brethren, previously proposed, were all initiated!  They were put through in groups of three.

A site in Church Street was purchased for £50 and it was eventually agreed to build new premises.  Firstly the Lodge room, Tyler's and lavatory and then additions, as and when possible. The first meeting in the new premises was held on Friday 15th November 1897. Since then the Lodge has progressed, the building improved.

The original expenditure of £50 must have been well worthwhile.