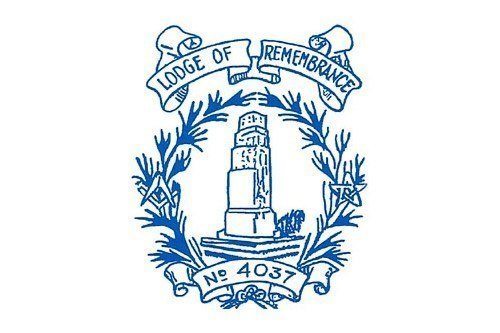 Meets on the first Wednesday in every month at 6.15pm (except May, June, July, August and September)

Installation meeting in February when the Lodge tyles at 4.30pm

Brother Stephen Berry who was installed as Worshipful Master of the Lodge of Remembrance 4037 in February of this year, was both delighted and very proud that his first ceremony in March was to Initiate his 21 year old Son Joseph – who had recently graduated from University.  This was a momentous occasion for both Steve and Joseph. What is more, due to circumstances, Steve had the added pleasure of passing Joseph to the degree of a Fellowcraft the following month in April.  However, it is most unlikely Joseph will be raised to the degree of a Master Mason during Steve’s year as Worshipful Master. 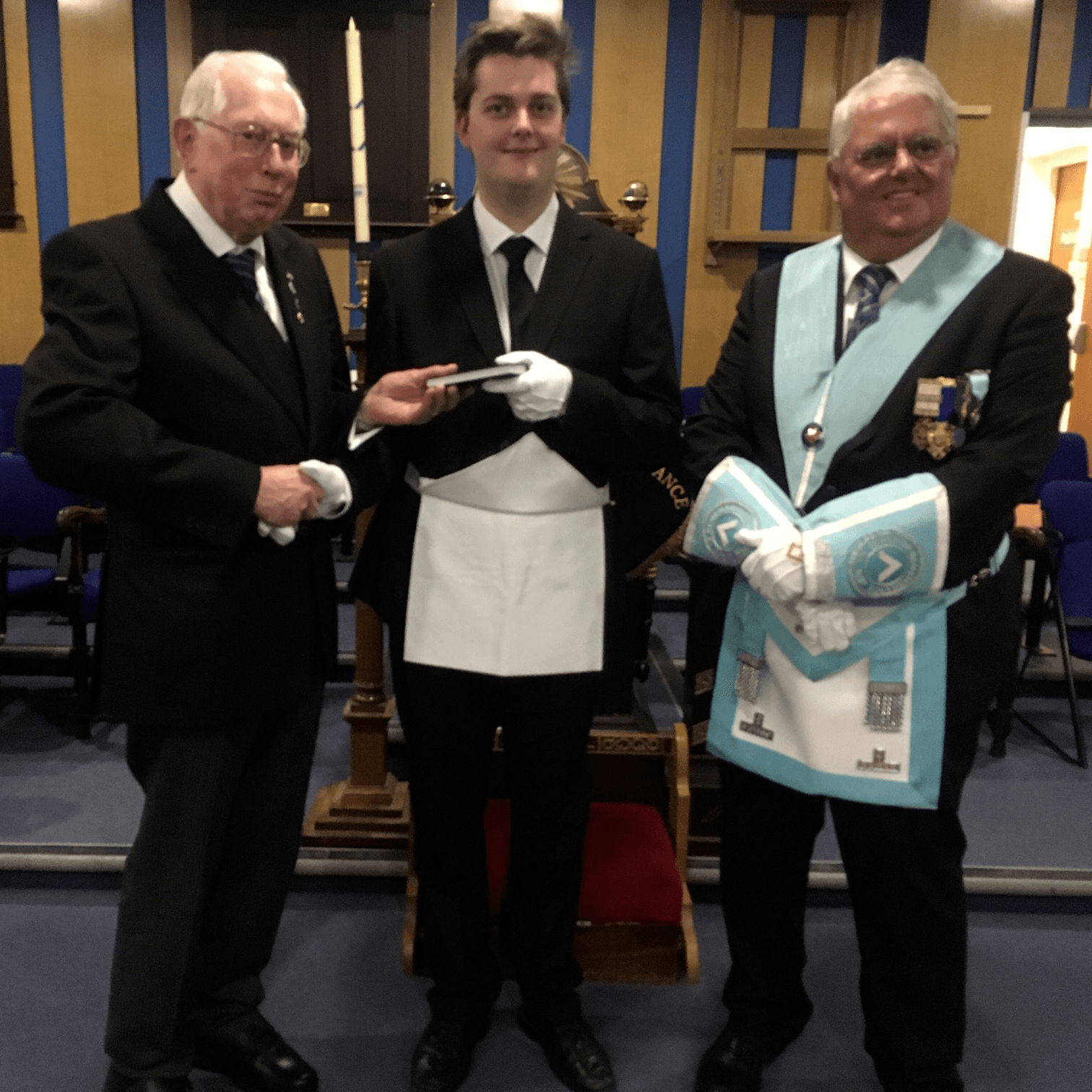 We all wish Brother Joseph Berry a happy and successful Masonic career!

Philip Bullock said "I am very pleased David was able to accpet the appointment, I know he will be a great asset to the Province and bring much credit to his Lodge"

Remembering a promise made by Kevin 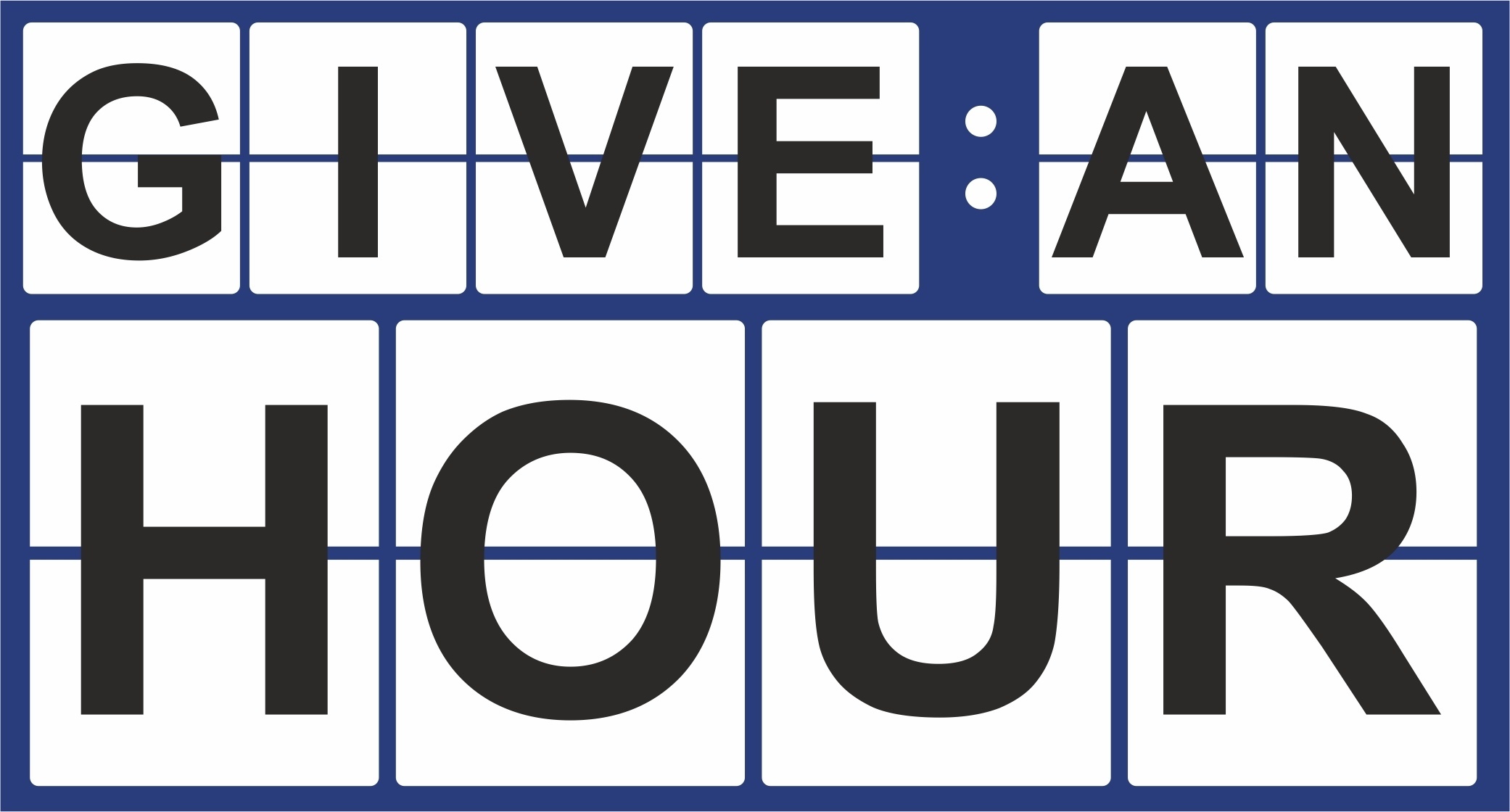 Back in October 2016  Kevin Logan announced in Open lodge of a request from Viv Slayford (his partner) asking if The Lodge of Remembrance would be willing to donate time to decorate the Swindon Dance studio's situated in the Swindon Town hall building.  This would also give us hours to credit the 300 hours for 300 years initiaitive masterminded by Assistant Provincial Grand Master Stephen Bridge.

Due to Kevin's illness this wasn't pursued until W Bro Marcus Reeves was talking to Viv at our Ladies night. Time has gone on and attempts have been made to arrange a convenient time to actual commit to the work with availability of members of the Lodge fitting in with Swindon Dance studios busy programme of events.

However, diaries attuned , a date was agreed and July 21st and 22nd was chosen for when members of the Lodge armed with paint, brushes and rollers descended on the Studios loacted in Swindon's magnificent Town Hall.

There are 2 Rehearsal studios and a large theatre, all in need of a coat of paint and freshen up, most rooms with water damage, flaking paint and generally run down and tired. 84 man hours later, 10 brethren from the Lodge finished the first Rehearsal studio. Looking splendid and refreshed, it is now available classes to use, to the delight of Viv. Only one Rehearsal studio and a Theatre to go! which will hopefully be redecorated in the near future, when Swindon Dance's tight schedule permits. 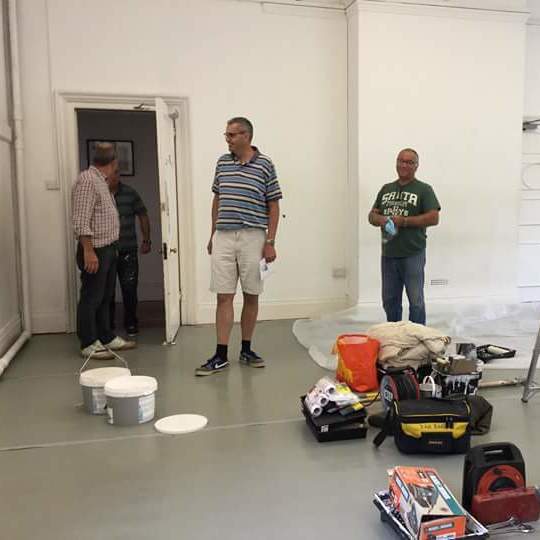 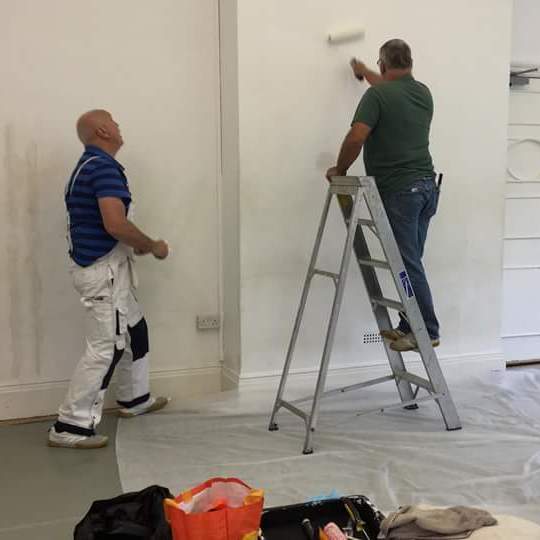 Bro Kevin Logan, Secretary of the Lodge of Remembrance, held a screening session at Old Town’s masonic hall, to help detect prostate cancer early through a simple blood test.  He was supported by his partner, daughter and 13 members of the Lodge, who all gave up their time on Saturday 2nd April, clocking up some 56 hours to the Tercentenary 300 Hours appeal.

Keith Baker was among the 182 men tested on the day.  “It was simple, a pin prick, everyone should be having it done,” he said. “I admire Kevin for what he’s doing. He’s an inspiration to everyone and completely selfless. I’m proud to be supporting him today.”

The cost of the tests were covered by monies raised and by donations on the day. 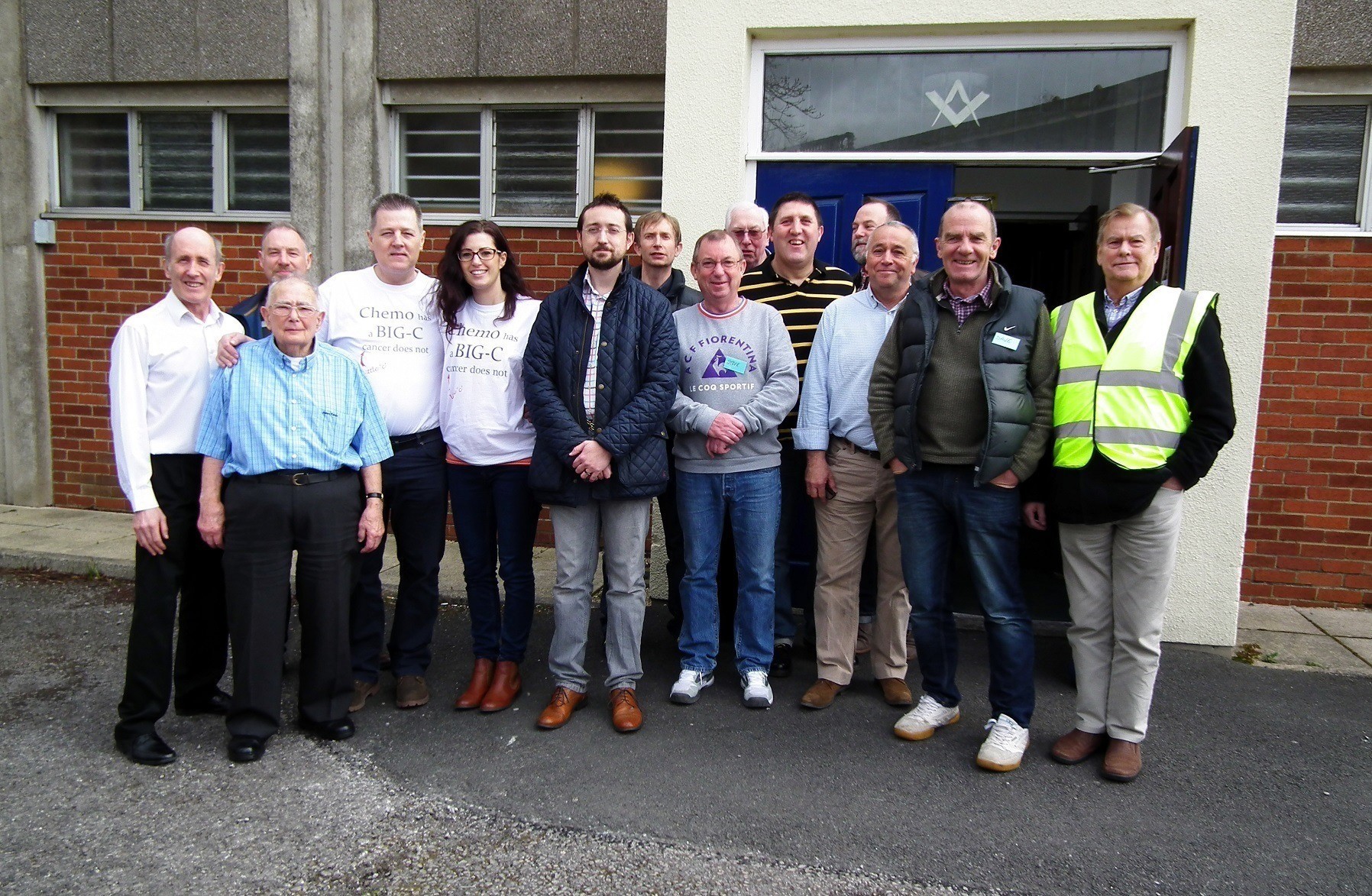 Pictured above from L to R: 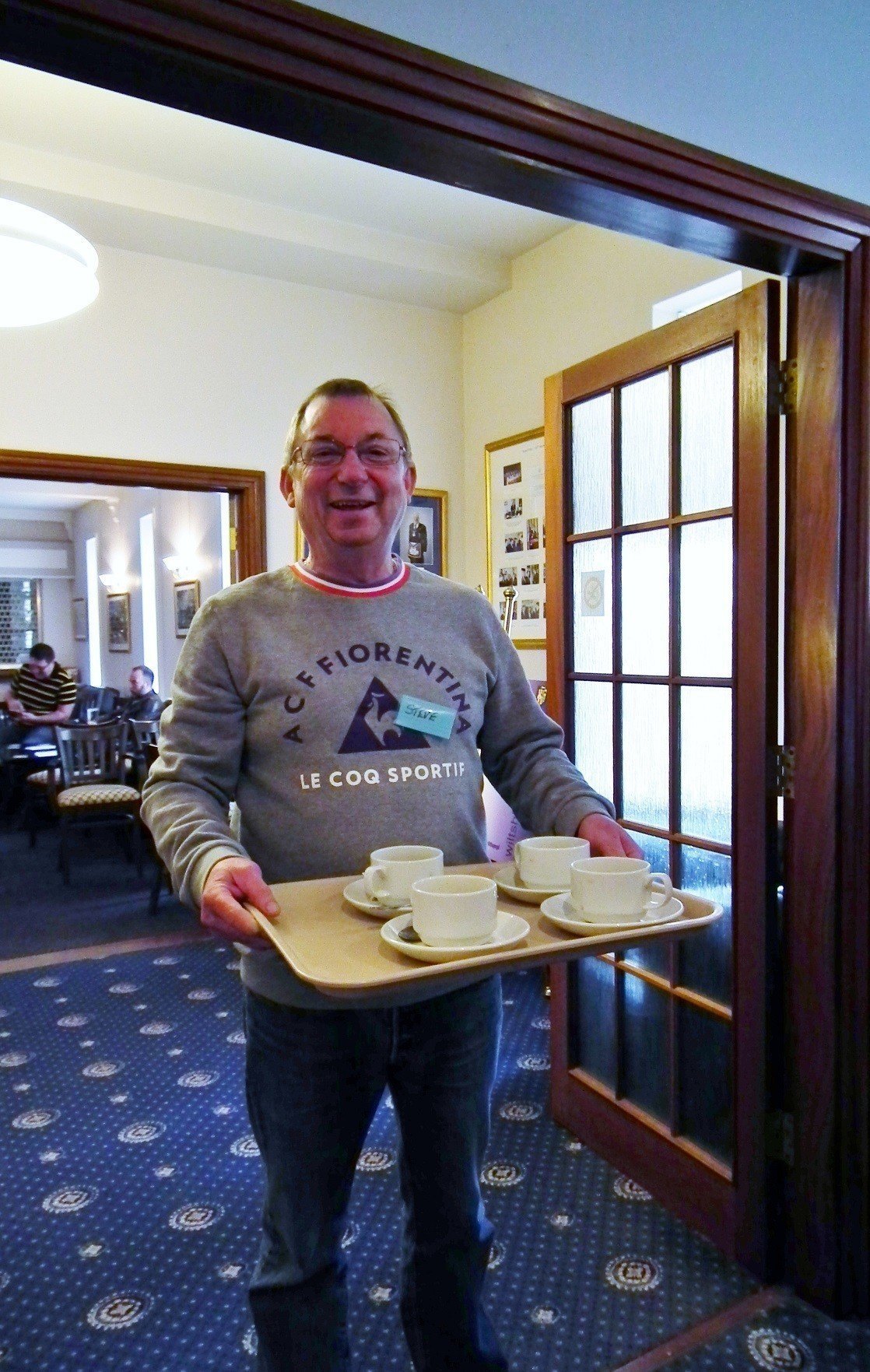 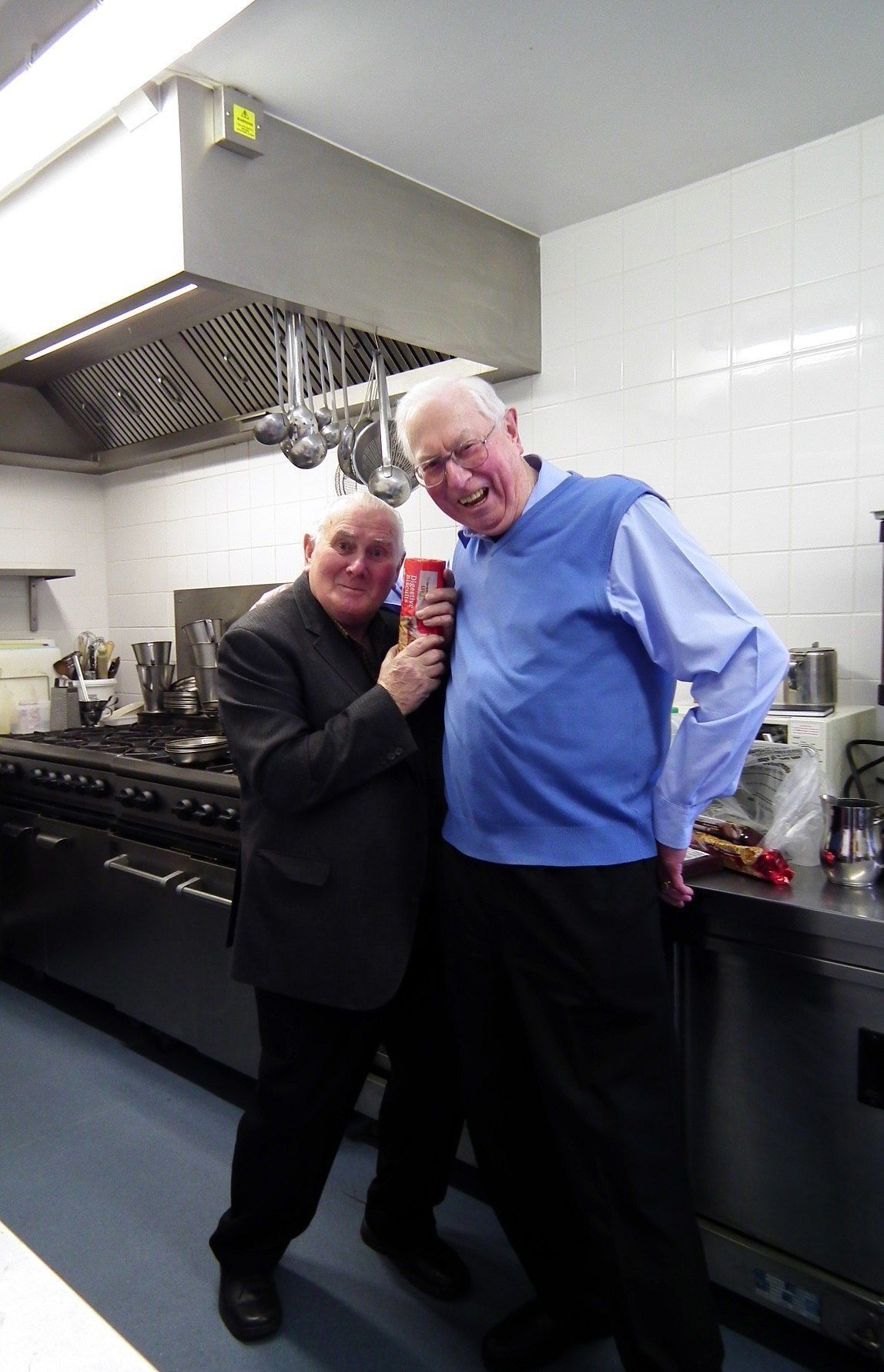 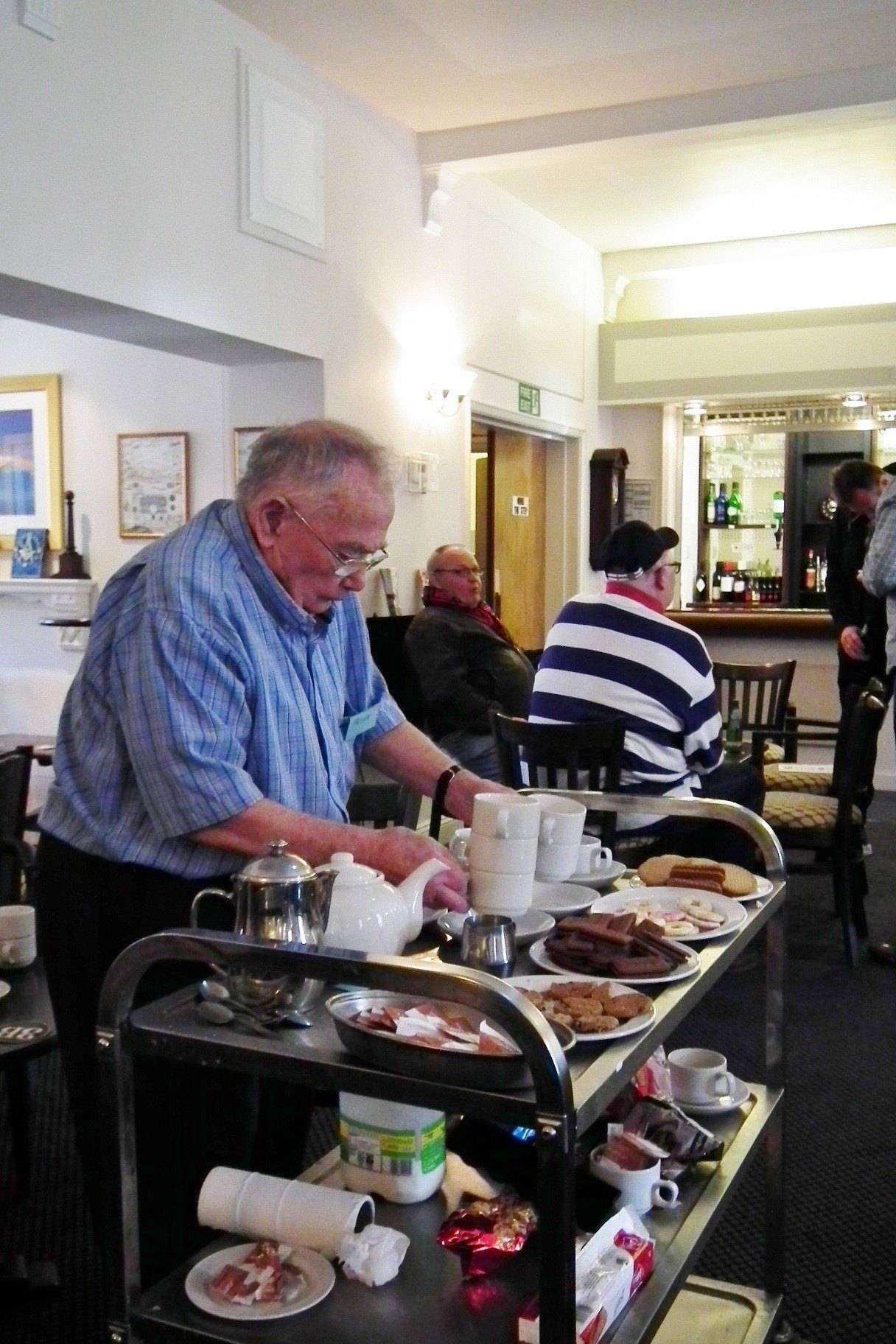 Pictured from L to R:

Bro Kevin Logan, Secretary of the Lodge of Remembrance, used his sleuthing skills to solve one of Provincial Grand Lodge of Shropshire's mysterious puzzles.  After reading an article in their online magazine 'Out of the Blue' he searched the newly established Masonic membership records database managed by Ancestry.com – some 2m records predating 1923.  If you want to read more of the story, click here.

Bro Bob Barrow is known as Swindon's answer to Elvis Presley but he might just become as well known for his expoits in the saddle.  Following a very successful horse race night on Saturday 21 November which was attended by 60 people andraised over £600 for Swindon Women's Aid.

Catering was under the excellent direction of Carol Gibbon who enlisted the aid of her sous chef husband Danny to assist in the kitchen.

It is intended to present a cheque to Swindon Women's Aid at a lunch to be attended by representattives from Wiltshire Air Ambulance and Prospect on 21st February2016. 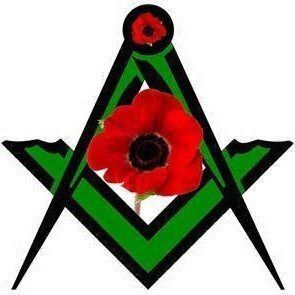 The Lodge of Remembrance No 4037 hosted their annual Remembrance Day  carvery lunch on Sunday 8th November.

Lodge members have traditionally led the Swindon Masonic tribute to the fallen of the Two World Wars and the many conflicts since.  Following the traditional march to the Swindon Cenotaph and the observation of the two minute silence, the Brethren and their guests returned to the Masonic Centre in Old Town, Swindon to enjoy a 3-course carvery lunch.

80 people attended the luncheon and were treated to a superb meal, created and served by Heather and Ian of Coleshill Catering and their staff.  The 3-meat carvery was preceded by a warming Roasted Tomato & Tyhme soup and topped off with a seasonally delicious Plum Crumble & cream.

The auction of a Tower of London Poppy, in pristine condition in an unopened box, contributed significantly to the monies raised by the raffle.  A total of £670 was raised on the day.  This will be presented to a representative of the Royal British Legion at the Lodge's Charity Luncheon, to be held at the Planks on Sunday 21 February 2016.

Freemasons also honoured the war dead in Salisbury, Trowbridge, Devizes, Marlborough and many other towns and villages throughout the Province.