The Ancient and Accepted Rite originated in France in 1754 and worked in the USA where a Supreme Council was formed in 1801.

The Supreme Council for England and Wales was established in 1845 under a patent from the Supreme Council of the Northern Masonic Jurisdiction of the United States of America. The Rite consists of its own 33 Degrees entirely separate and distinct from any other Order.

The three Craft Degrees are accepted as equivalent to the first 3 Degrees of this Rite. Candidates for Perfection are taken from the 4º to 17º Degrees by name only, prior to being made Excellent and Perfect Princes Rose Croix in a detailed and beautiful 18º Degree ceremony. This is the only degree permitted to be worked in a private Rose Croix Chapter. Degrees above the 18º are awarded on merit after a brother has passed the Chair of his Chapter.

For more information on the Order of The Ancient and Accepted Rite, please contact the District Recorder: Larry Baldry or click on the link to the Supreme Council website. 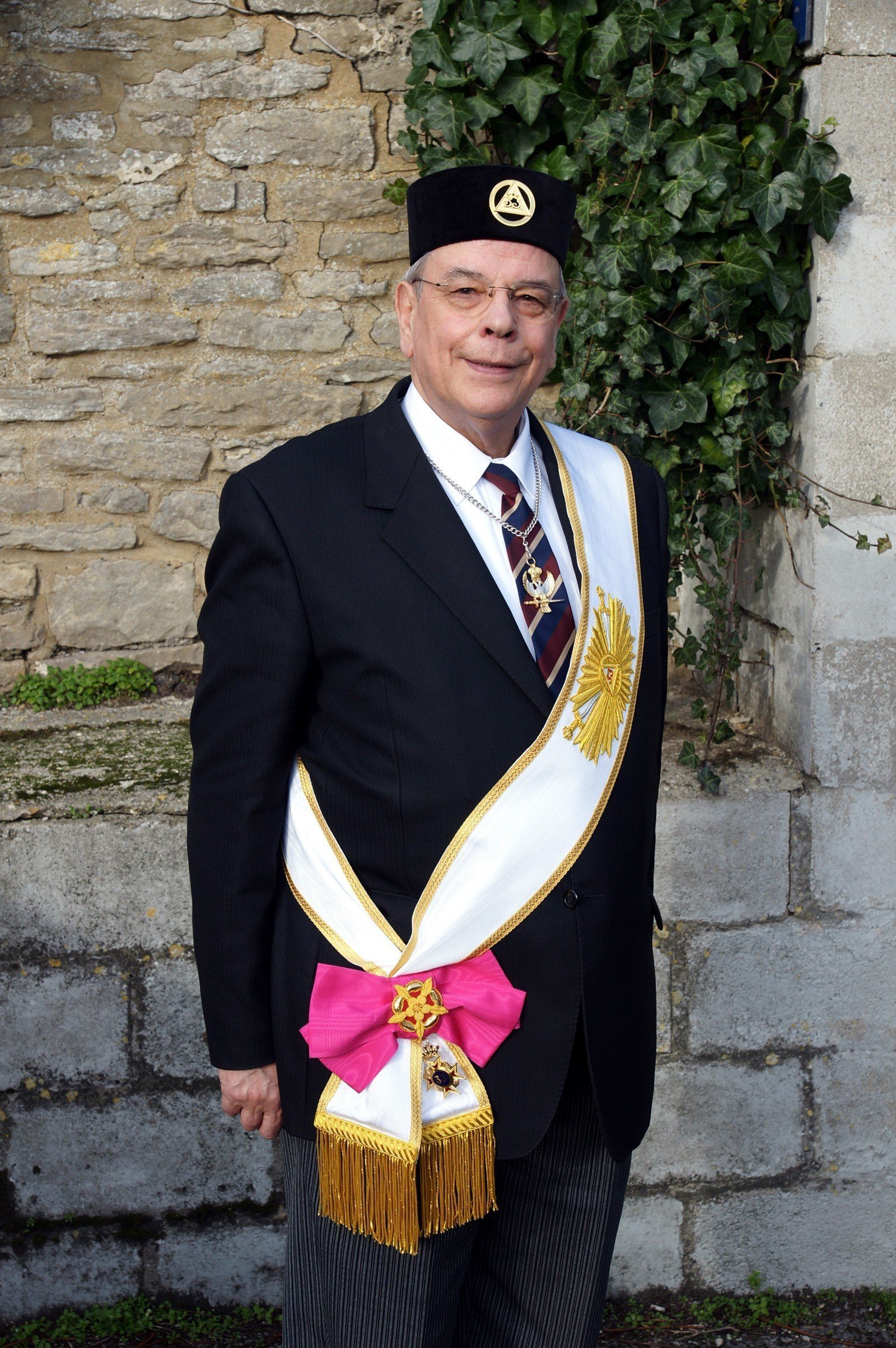 The head of The Ancient And Accepted Rite (Rose Croix) in the District of Wiltshire is Francis Wakem.

Born in Salisbury, Francis is married to Dorothy, who is a retired midwifery sister and avid artist, they have two adult children and a grandson Robert who is only 15 years old but like all youngsters today has the air of a 25 year old.

He is currently Chairman of Splitz Support Services (Wiltshire) and a National Volunteer Advocate for Victim Support.

Having been Initiated into Corsham Lodge No.6616 Francis became Master of the Lodge in 1988.  His enthusiasm for Freemasonry has seen him become a member of numerous Lodges in Wiltshire and Berkshire.  Francis is also an Honorary Member of a number of Lodges in Wiltshire, Hampshire and Isle of Wight, Monmouthshire and London.

Grand Lodge appointed Francis to Grand Rank as Provincial Grand Master for Wiltshire in 2004 a position he held for just over a decade!

Francis was Perfected in the The Ancient and Accepted Rite (Rose Croix) in the St Aldhelm Chapter Rose Croix No. 819 in 1990.  He is a member of Chapters in Wiltshire and London.

Francis has enjoyed Provincial and Grand rank in the Holy Royal Arch having been Exalted in St Edmund Chapter No. 4714

Francis welcomes enquiries from brethren who wish to know more about the Order and looks forward to developing ever closer ties with all Freemasons within the Province of Wiltshire. 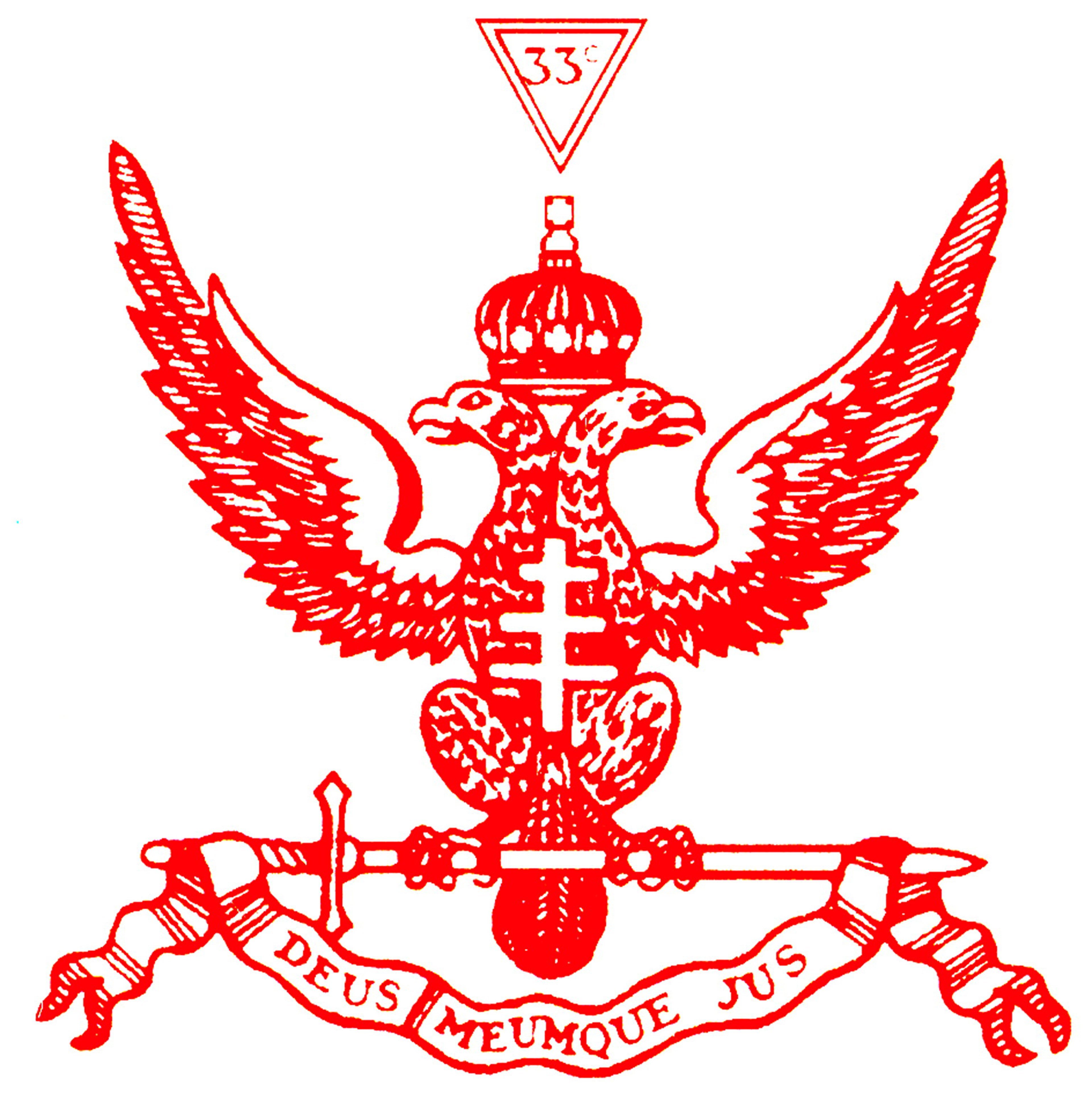 As the craft degrees have evolved, so too have independent Orders of Freemasonry and rituals peculiar to them.

Prominent among them in England and Wales is the Ancient and Accepted Rite, whose Chapters are grouped into Districts and administered by a Supreme Council, which is also responsible for certain Districts and Chapters overseas.

It chooses to accept the three craft degrees of UGLE as a qualification for entry into a Chapter, rather than administering entry degrees of its own. Progression to further degrees is then within Chapters, and in ceremonies generally conducted by the Supreme Council itself.

The Rite is frequently referred to as the 'Rose Croix', although this is only one of its degrees.

All candidates for membership of the Ancient and Accepted Rite under the jurisdiction of the Supreme Council for England and Wales must profess the Trinitarian Christian faith and have been Master masons for at least one year in UGLE, or have joined a lodge under UGLE from a recognised Grand Lodge. 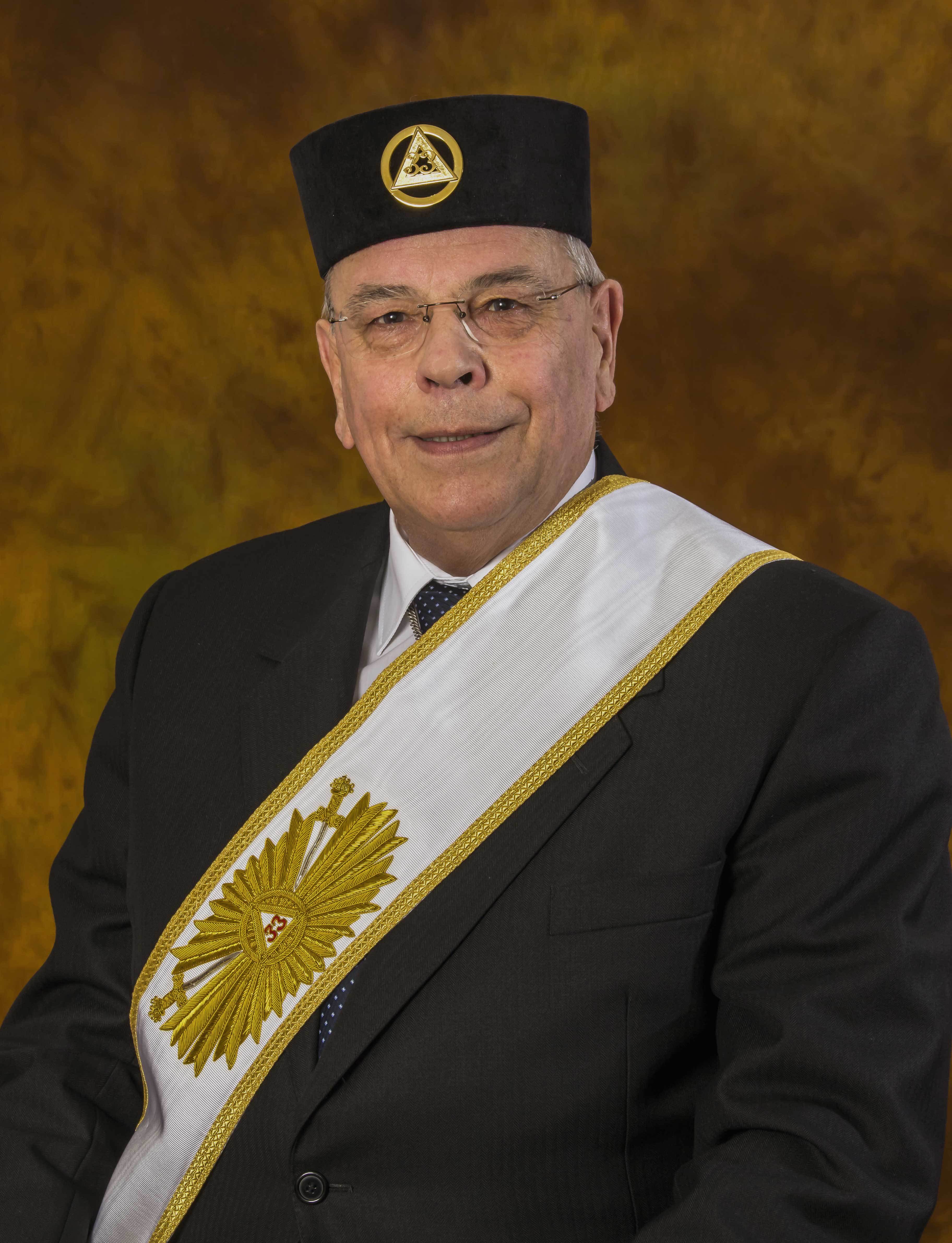 The Ancient and Accepted Rite is full of beginnings; each year in our Chapters a Most Wise Sovereign is appointed to serve for twelve months.  Unlike the Most Wise Sovereign, an Inspector General, as the representative of Supreme Council, can – ‘God Willing’ - look forward to a term of several years for the charge and supervision of all Chapters in the District on behalf of Supreme Council:

We are indeed blessed by the fact that Craft Masonry is practised throughout Wiltshire – and yes – including Swindon in equal measures - within a ‘family atmosphere’.

Let us never forget that important link – that inextricable relationship – which our Order has with Craft Masonry – so powerfully demonstrated on Supreme Council’s 18° Certificate. I am delighted the PrGM and DPrGM are with us today.  I am also delighted the Grand Superintendent; PrGM of Mark Master Masons; and the Provincial Prior are in attendance; further evidence of the warm support presented throughout the Wiltshire Masonic Family.

Our Members are drawn from Craft Lodges and Wiltshire’s 2,200 members.  Membership of the Ancient and Accepted Rite in Wiltshire is some 250.  When appropriate opportunities arise there is no harm in reaching out to our colleagues in the Craft – not in the form of a recruitment exercise – but in presenting the best our Order has to offer. Having sown a seed a potential member can consider the Order when the time is right for them – their family or business commitments will always come first.

Let us also refresh our endeavours in retaining our Members by spending more time with newer Members; we can make all the difference to their perception and understanding of being an Excellent and Perfect Prince Rose Croix, and ensuring Members do not drift away from active involvement.

The past weeks, since Appointment as ‘designate in charge’, has been a time for quiet reflection; a time for ‘counting my blessings’.  I am confident my near eleven years in the Office of PrGM in the Craft will prove to be time well spent in preparation for what lies ahead.

May I reflect on the words of the Most Puissant Sovereign Grand Commander and of Supreme Council … Our Order is limited to those who can affirm their acceptance of the Trinitarian Christian Faith, but as we are reminded, we are all part of an organisation which is basically open to any man who can affirm his belief in TGAOTU.

Society is always changing; as indeed are the members of the District.  Freemasonry stands for the unchanging things, and its landmarks are constant.  This is an important factor in bringing men of goodwill together in spite of religious differences or prejudices. On a seemingly daily basis, we cannot fail to learn from the media the extraordinary instances of man’s tremendous inhumanity to man – not just nationally or internationally – but also in our local communities; on our own doorsteps.  Our Order is rightly limited to those who can affirm their acceptance of the Trinitarian Christian Faith, but as the Most Puissant Sovereign Grand Commander reminds us … the Ancient and Accepted Rite must not be seen as a cause of dissension.

I am grateful for the considerable support I have received from my predecessor David Hobbs. I am delighted David has taken part in today’s Ceremony.  I have been working closely with Larry Baldry; I am delighted he is to remain in Office as District Recorder.

The District Recorder and I now wish to consult with all Chapters to enable us to move forward ‘together’ in setting ‘our’ future vision for the District.  The views of members will be greatly valued; every Member must feel they are held at the heart of the Order.  The MWS; DofC; and Recorder of each Chapter will shortly be invited by the District Recorder to attend a Conference at Calne Masonic Hall on Saturday 2 April and to raise items for the Agenda.

Finally, I return to my opening words … our Chapters are full of beginnings … let us all look to share this Installation Ceremony to reflect on the past and to seize the opportunity to consider the future.  We are after all heirs to a long and proud tradition.  It is our task to preserve our Order in all its beauty; to pass on to future generations the principles of true and genuine Perfection into the meaningful and inspiring Ancient and Accepted Rite.