The Society was formed to promote the game of golf within the Province for any brother who has an interest in playing. We have two open meetings, one at the beginning of the season and the other at the end. During the year we play 7 matches against the Provinces of Berkshire, Monmouthshire, Somerset, Gloucestershire, Oxfordshire, Hampshire (Isle of Wight) and also Bristol. All these matches alternate each year on a home/away basis.

Anyone who can play the game is welcome to join us. You need not be a member of a Golf Club nor have a handicap, just the willingness to have some fun with likeminded Masonic friends. We also encourage golfers to bring along their non-masonic friends to play and over the last couple of years a few of these have enjoyed the company so much that they are now masons. We have a Charity Golf Match each August and a raffle at each Provincial match that enables us to raise a considerable sum for Masonic and Non-Masonic charities. Our subscriptions for the year are fixed at £5 (a bargain)

Our Spring Open Match this year was at North Wilts GS. It was well attended but sadly without our newly elected Captain (Tony Lewis) as he had a better offer and was on a golf holiday in Turkey.

Our first match was against Berkshire that was easily lost. This was followed by losses against Somerset and Hants & IoW. By now we could see a bit of a trend and the Trophy shelf was starting to look a bit bare.  We then played Monmouth at Abergavenny which was a very pretty golf course.  They were a couple of players short so we gave them two of our team to even up the numbers. They both played the best golf of their lives and managed to get a draw for Monmouth though we did bring the Trophy back to Wiltshire on Ryder Cup rules.

In July we went to Long Ashton for the Bristol Tri-Centenary Trophy and won it again for the second year running. We also went to Betchworth Park for the Beauchamp Trophy and as usual won nothing. In August we played a multitude of players from Gloucestershire and we boosted our team with a few Oxfordshire bandits who are struggling with low numbers this year.  This we managed to win (and we will ignore the help from Oxfordshire). Our last Provincial match was against Bristol at Lansdown which was predictably lost.

Our Annual Charity Golf Day was held at Wrag Barn in August with 98 golfers in attendance including non-masons and ladies. A great time was had by all with the event won by our very own John Boland for the second year in a row.  Wiltshire also had second and third making it a clean sweep of the prizes.  This day raised in excess of £3000 for this years’ nominated charity which is SSAFA.  For the first time we have managed to go through the whole year with perfect weather for every match.

Our end of year meet took place at Salisbury and South Wilts Golf Club on 18th September.  Our PrGM joined us on the golf course this year and although a little sore and weary he thoroughly enjoyed himself.  The weather was again perfect with the champion being our Captain Tony Lewis winning on countback from Geoff Johnson. The veterans Cup being won by yours truly and the Lodge cup by Brothers in Arms.

We were given a 5 minute talk by Phil Duncan from SSAFA who was presented with a cheque for £3200 by our Captain, and in his letter of thanks Phil said that this amount of money would enable them to cover their expenses for the next two years. We also gave 6 further chqs of £200 to charities nominated by our members thus bringing our total this year to £4400.

Could I take this opportunity to invite anyone within the Province to contact me and join our friendly band of amateur golfers. You would be made very welcome.

Our Spring Open Match this year was eventually played at Tidworth Golf Club but was postponed until May because of snow. We had the AGM before the match. Our Captain, Mike Eagle announced that he will continue to reward the best Wiltshire golfer of each match with a bottle of whiskey (Or something cheaper), although I haven’t seen many this year.

Our first match was the Three-way competition against Oxon and Berks at Oxford Golf Club. The weather was perfect. We won against Berks and narrowly lost to Oxfordshire. The next match was away to the bandits from Somerset at Orchard Leigh, sadly losing 5-1. Monmouth came across the border to our home match at North Wilts and were sent home with their tails between their legs. We played Hants and IoW at Sandford Springs. The course was fantastic not so the golf, but it was a great day. The match against Glous was fought and won at Cirencester golf Club, again in brilliant weather. In July our illustrious captain, Mike Eagle, took a team of 4 to Long Ashton, near Bristol, and returned with the Tercentenary Cup. On the same day we took two teams to Bletchworth Park in Surrey to play for the Beachamp Trophy and came home with nothing. Our last Provincial match was against Bristol at Wrag Barn. It was finely fought and narrowly won.

Our Annual Charity Golf Day was held at Wrag Barn in August with 99 golfers in attendance including non-masons and ladies. A great time was had by all with the event won by our very own John Boland. This day raised in excess of £3000 for this years’ nominated charity which is Julia’s House at Devizes.

Our end of year meet took place at Salisbury Golf Club on 25h September. The weather was again perfect with the champion being Bryce Mortimer. The veterans Cup being won by Bob Gwilliam and as they were from the same lodge (Moonraker) then they also picked up the Lodge Cup.

We were given a talk by Ged Montgomery from Julia’s House who was presented with a chq for £3100 by our Captain. We also gave 6 further chqs of £200 to charities nominated by our members thus bringing our total this year to £4300.

Could I take this opportunity to invite anyone within the Province to contact me and join our friendly band of amateur golfers. You would be made very welcome.

A game of two Halves

A sunny afternoon and a great turn out from Wiltshire freemasons saw two keenly fought golf matches at Wrag Barn Golf Club for the new captain Mike Eagle on Wednesday 12 April.  The Wiltshire Masonic Golf Society entertained both Berkshire and Oxfordshire Freemasons on a picturesque and well-manicured golf course.

There were a number of competitions taking place throughout the day with Berkshire convincingly beating Oxfordshire in the battle for their impressive trophy.  Wiltshire very narrowly lost to Berkshire by 229 points to 227.  An impressive performance by Berkshire who had been delayed for some time by an accident on the M4, on route.

However, it was a different game against Oxfordshire where Wiltshire triumphed by 258 points to 251 with Wiltshire ex captain John Boland top scoring with 37 points.

The after match celebrations included an excellent carvery meal amongst much friendship between the three provinces, with the usual banter about lost balls and lipped out putts.  A raffle was held raising a princely sum which was shared amongst all three provinces.  Thanks go to the Secretary Merv Johns for his successful organisation, and Captain Mike Eagle for leading the day so well.

All players are welcome, with future games planned against neighbouring Provinces, and any person interested in playing is asked to contact Merv Johns. 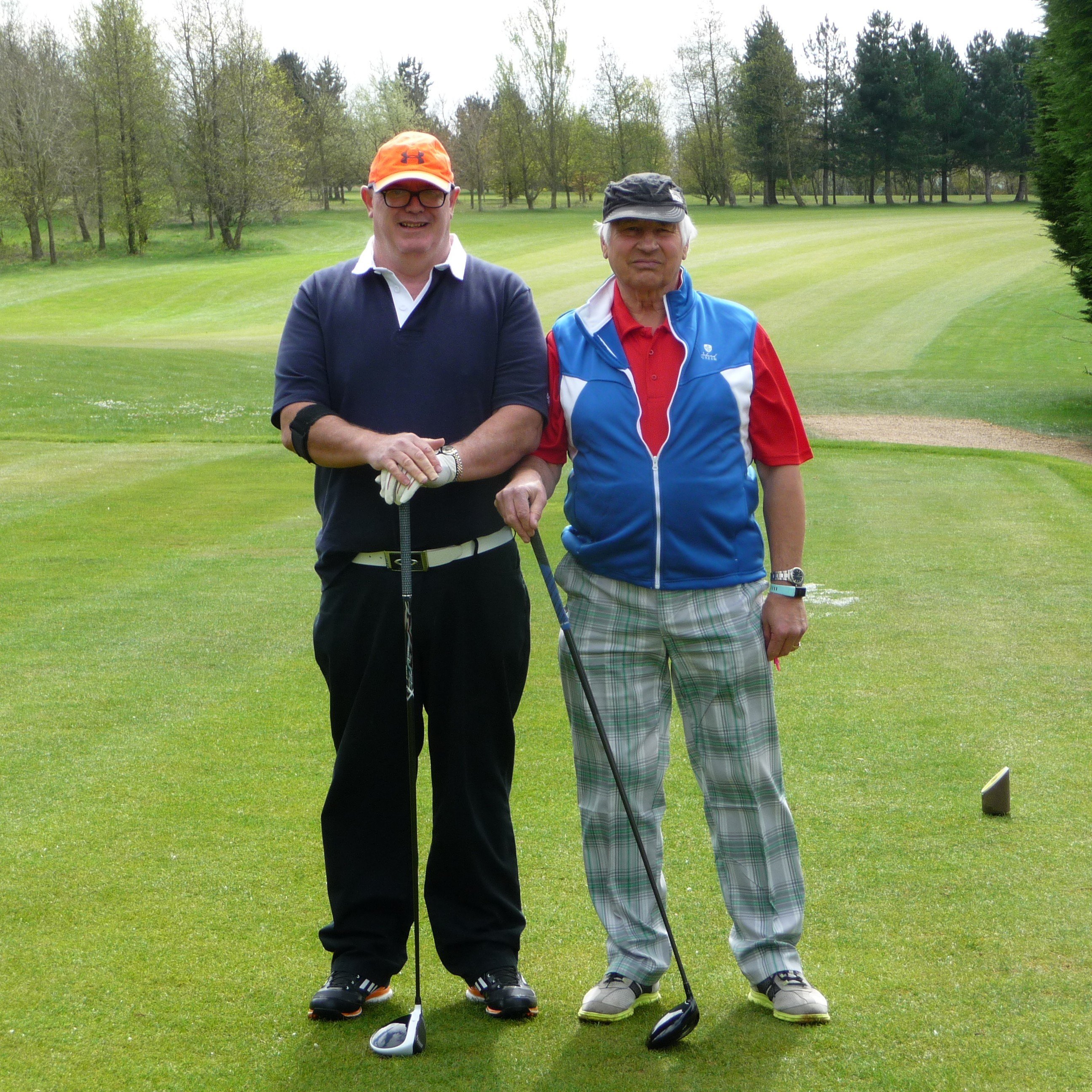 Photograph shows the Captains of Wiltshire and Oxfordshire together on the first tee. 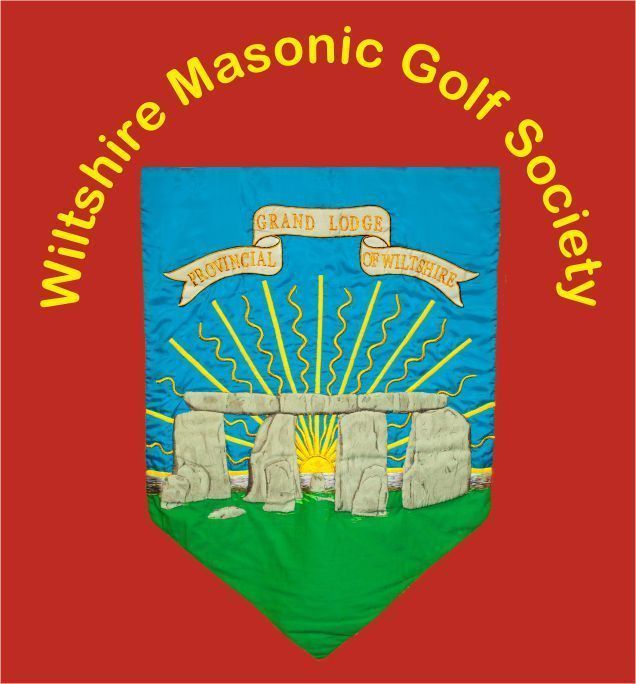 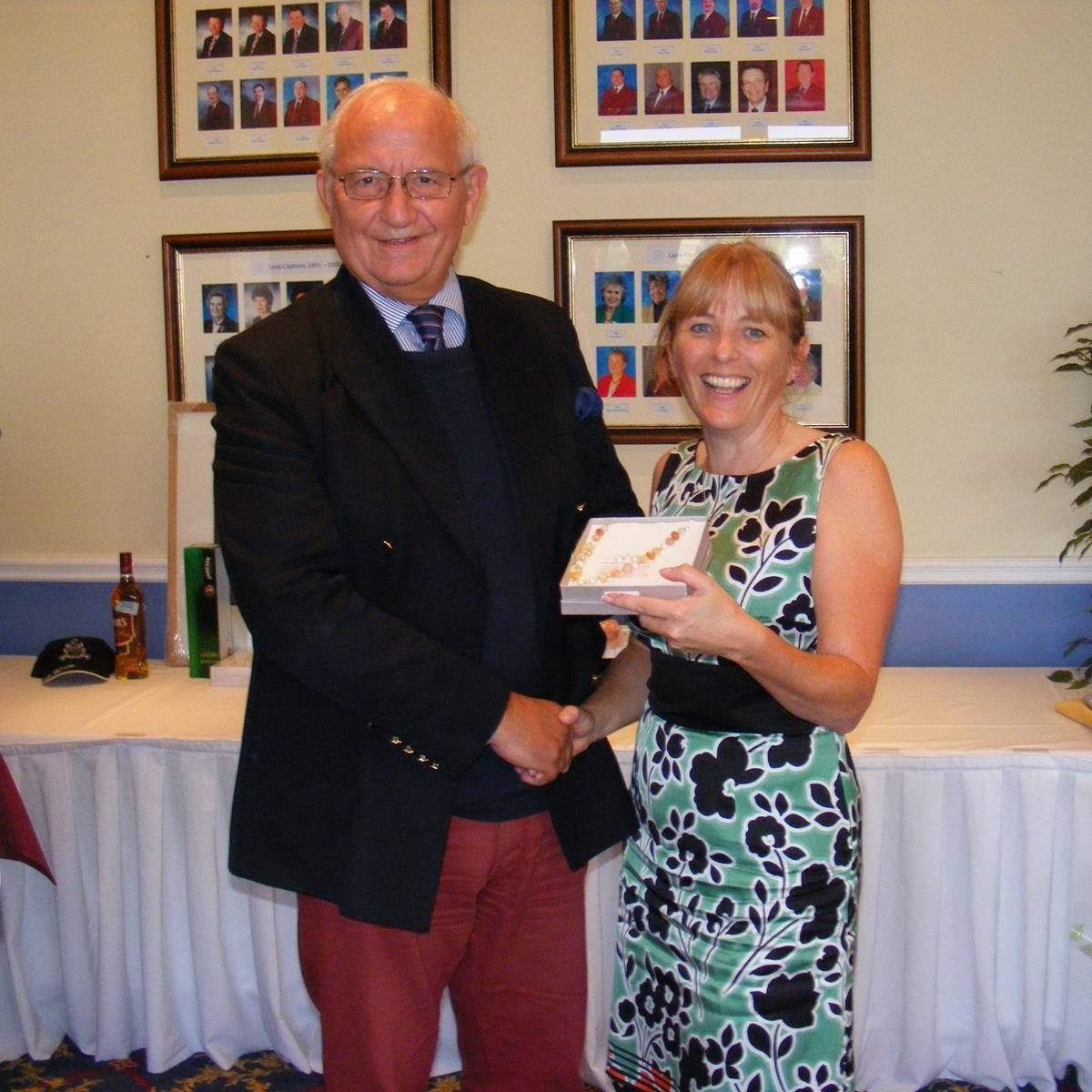 Raising Funds and having fun

The Wiltshire Masonic Golf Society was formed to promote the game of golf within the Province and to foster Masonic goodwill between Brethren from neighbouring Provinces.

Apart from two Open events, one at the beginning of the season and the other in August, there is also an opprtunity to play against golfers from Berkshire, Bristol, Monmouthshire, Somerset, Gloucestershire, Oxfordshire and Hampshire & Isle of Wight.

There is no requirement for membership of a golf club or a formal handicap, the intention is to have fun and enjoy the convivial atmosphere.

Brethren are encouraged to bring a friend, who does not have to be a fellow Freemason, although it has to be acknowledged that a number of golfers have joined our fraternity having first seen how everyone plays and enjoys the game.

The Charity Golf Open day in August always proves to be a great success. Eighteen holes of golf at the delightful Wrag Barn Golf Club, Sevenhampton, Nr Highworth followed by a carvery dinner, all in aid the Masonic Samaritan Fund and local charities.

Recently the Wiltshire Masonic Golf Society donated £2700 to the Masonic Samaritan Fund and £800 to four other charities. 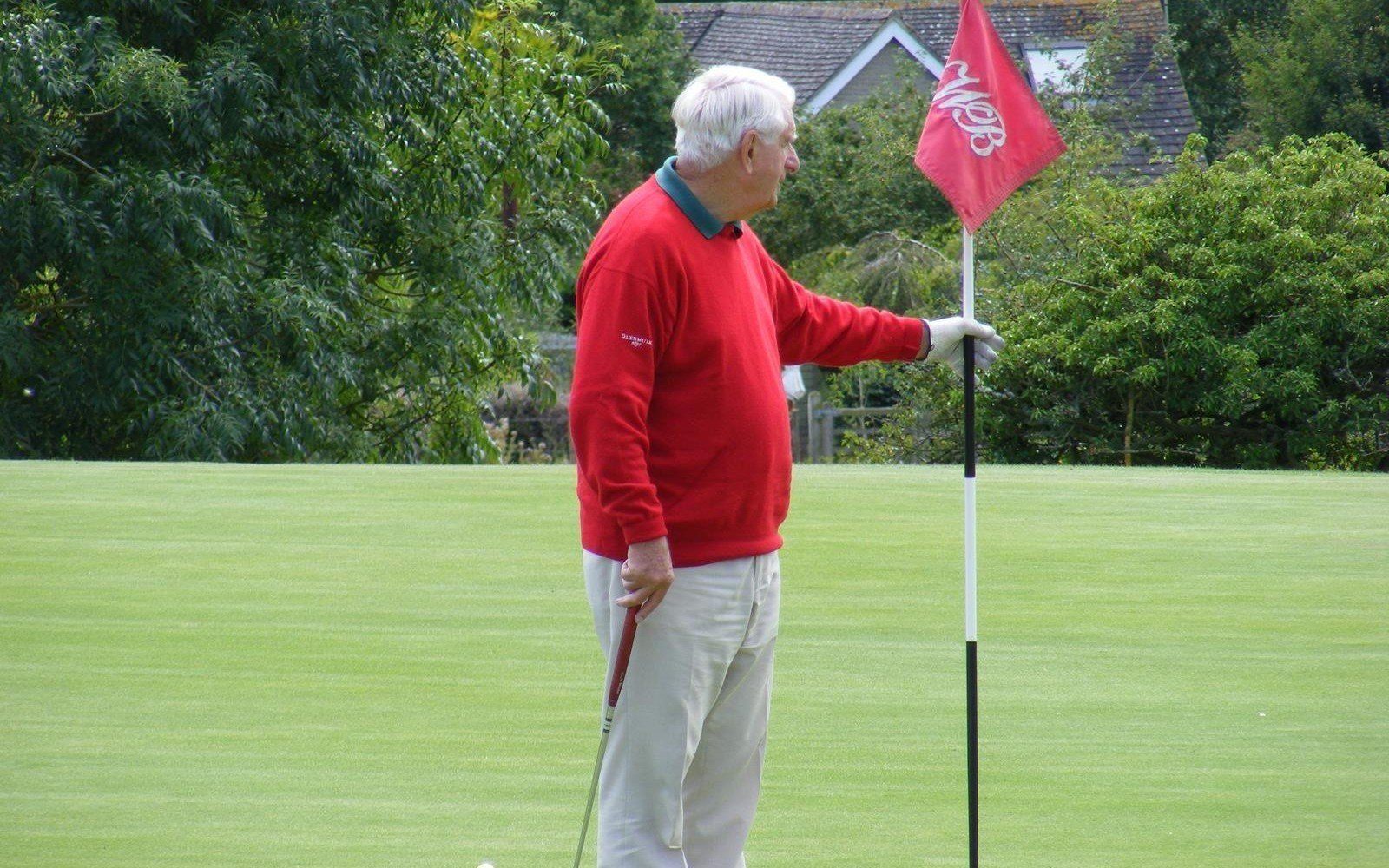 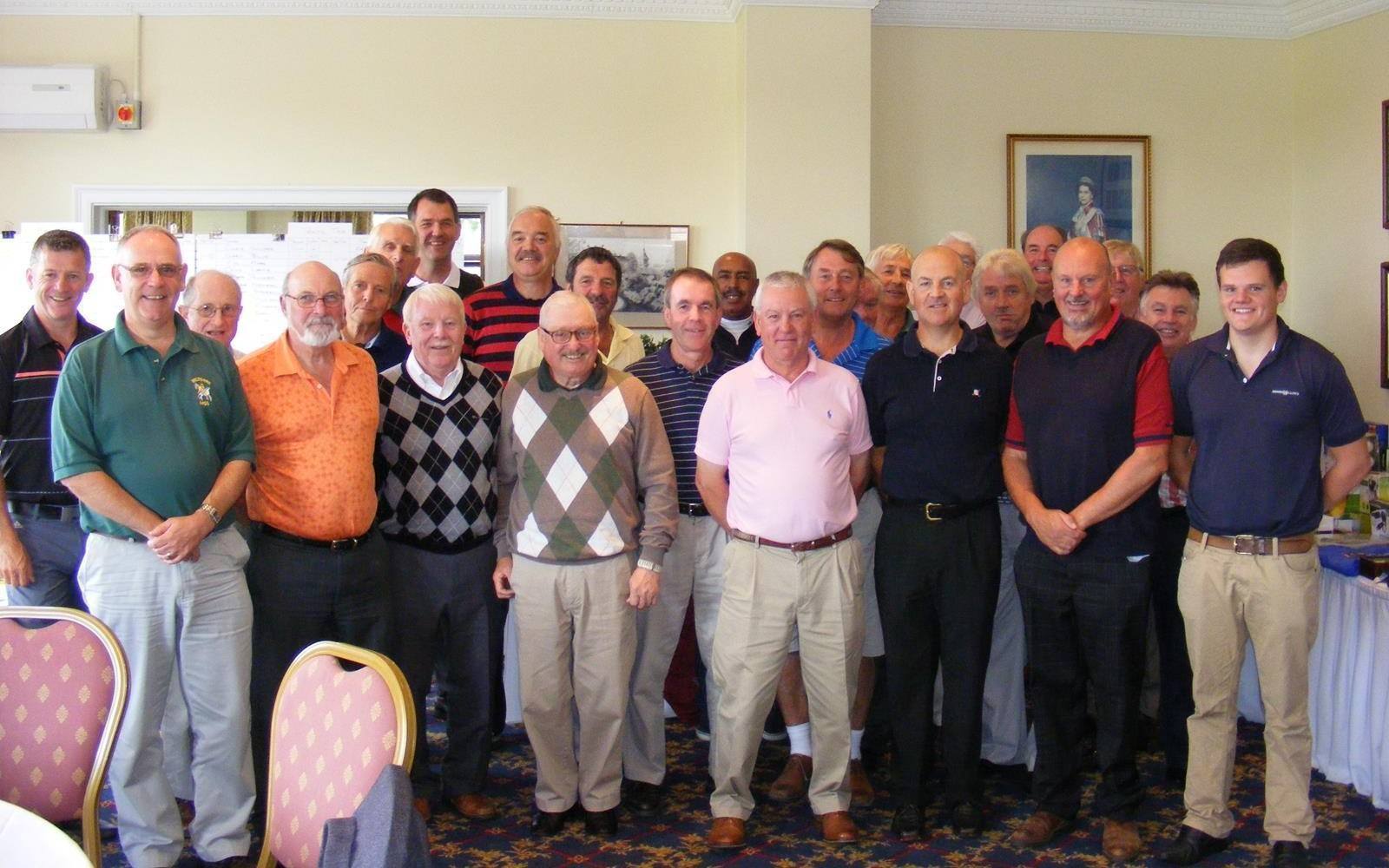 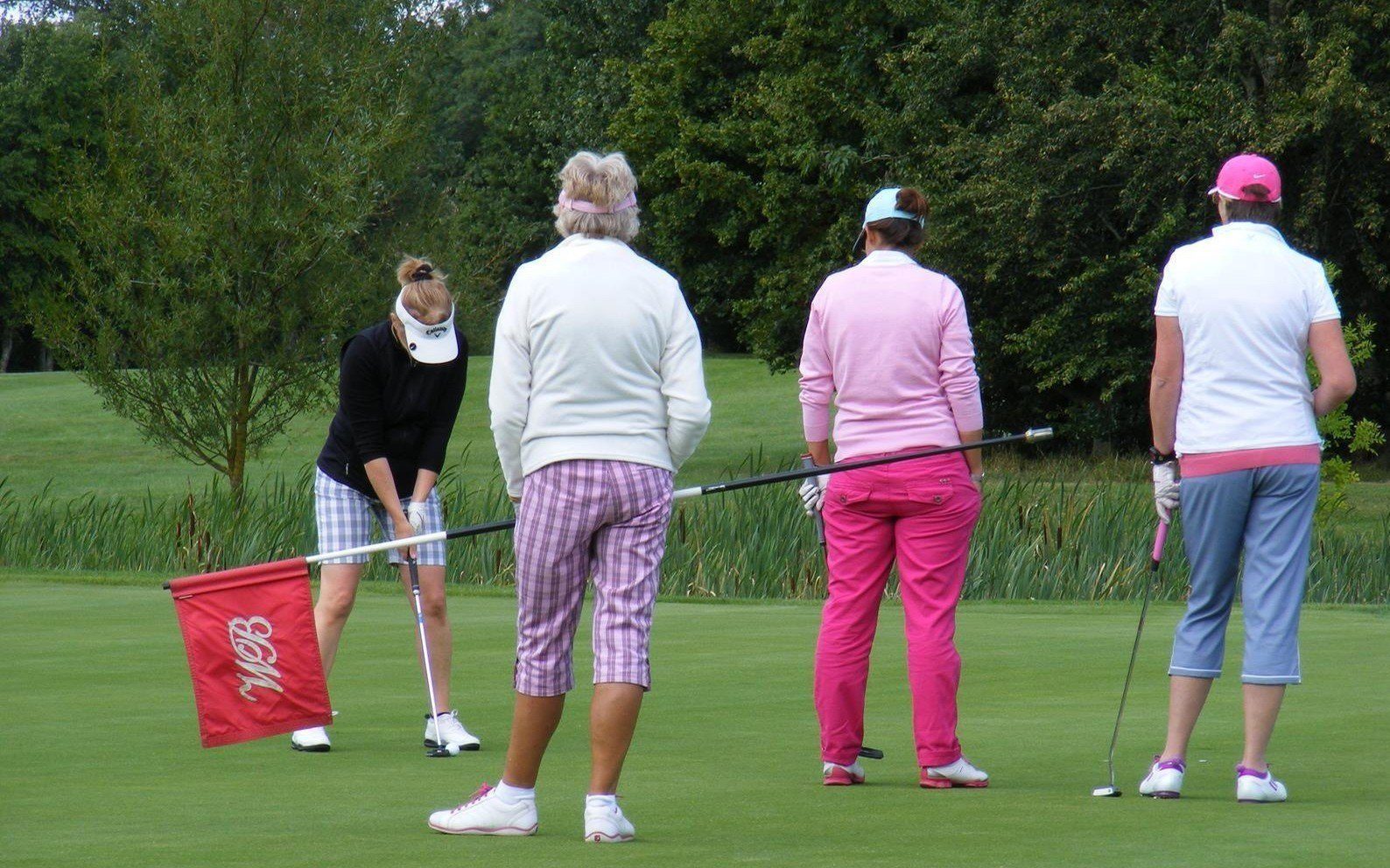 Play for the team