Lodge of Friendship and Unity 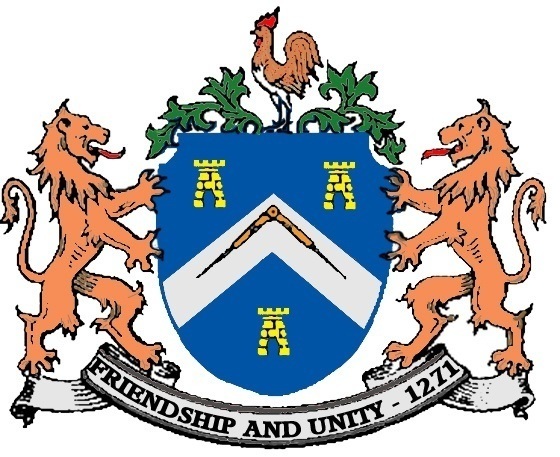 The Lodge meets at 6.30pm on the second Wednesday in every month (except June, July and August)

Installation at November meeting when the Lodge Tyles at 4.15pm

A little bit of history revealed 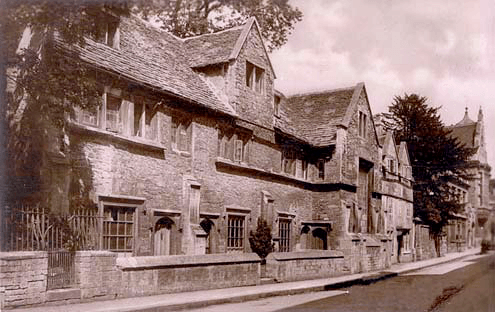 It is 7pm on October 6th, 2010. In a meeting room in the Francis Hotel in Bath, Kit Harding, an auctioneer of the firm Carter Jonas, announces to an audience of some 70 or so people that the next lot, lot 6, is a property in Church Street, Bradford on Avon, known as Church Hall. A photo of the familiar building appears on the screen beside the auctioneer. The sale catalogue itemises the features of this historic, Grade-I-listed building dating back to the 16th Century. Bidding is slow to start. The auctioneer encourages bidders by emphasising that this is a substantial property for a relatively low guide price, and the bidding finally gets under way. The true value of the property is vastly in excess of the guide price, but there is a significant encumbrance ─ a 999-year lease granted to the existing tenants, the Freemasons, in 1922! The hammer goes down, and the hall is sold to bidder no. 141 for £30,000. The Freemasons now own the property which they have rented from Holy Trinity for the past 88 years and, for the present, we are the tenants.  Picture: Church hall prior to the demolition of no 28 Church Street, at the north-east end of the terrace, in 1923.

In our December 2009/January 2010 issue of Parish News, pp 11-12, the Churchwardens, Tony Haffenden and Joan Finch, wrote an article explaining why the PCC had decided to sell Church Hall. At the time, this seemed to elicit little comment, but in the final few weeks before the actual sale, a number of people in the congregation and the wider community have expressed surprise that such an apparently valuable church property should be disposed of. It is perhaps therefore worth repeating some of the points made by Tony and Joan almost a year ago.

The property has not, contrary to common belief, belonged to the church from time immemorial. It dates back from the early 16th century and it is thought that it was built as a community building, presumably for parish business. Since then it was at various times a school, a row of cottages (with a public house attached!), and a ruin.

Canon Jones’s History of Bradford on Avon (1859) makes the following reference to the hall:  Leland visited Bradford (1538-40), and in his Itinerary speaks of a rich clothier named Horton who (his words seem to imply) died no very long time before, his wife being yet alive. He may allude to the same person as the founder of the Chantry. He dwelt, according to Leland, in a house built by himself “at the north est part by the Chirch.” He also built “a goodly large chirch house ex lapide quadrato at the est end of the chirch yard without it.” I can have no doubt that the present work-shops, in what is called the Abbey yard, belonging to Messrs Edmonds, formed part of Horton's house, the situation exactly according with Leland's description, and having within unmistakable evidences of having been formerly a dwelling house. The ‘Church House,’ which is also said to have been built by Horton, is still standing; it is situated in Church street, and is now the property of Mr Butterworth. The Church House is now the Free School, and is the property of the Trustees of the School (CSA) . Both these buildings are of about the same date, and the similarity of their oak ceilings strikes you at once. The Church House, which, in a map of 1743, I have seen distinctly marked out as the building alluded to, was the place in which, before the days of rating, meetings were held for raising funds for church repairs, the poor, &c. The order of these meetings seems to have been ‘business first, pleasure afterwards,’ for no sooner had they attended to the wants of others than they had a little care for themselves, and indulging first of all in a little good cheer, then betook themselves to various kinds of festivities. The memory of one of their amusements is still preserved in the name-(happily now it is no more than a name)-of the Bull Pit, where they used to witness the then popular sport of bull-baiting.

In the early 20th century the building belonged to Mr Albert Wallington, a Trowbridge clothier, and a Freemason, who on 23rd August, 1922, granted the Freemasons the use of:

...ALL of the building and premises formerly known as the Free School but now used as the Freemasons Lodge Room, together with the adjoining cloak room and lavatory in the rear and also the room adjoining these on the ground floor part of the adjacent house with frontage on Church Street, for the term of 999 years for a yearly rent of £20..

For his part, Mr Wallington covenanted that that the Freemasons could continue occupation if they were ‘quiet’ and paid the rent for the 999-year term without fear of eviction, and that he would be responsible for insurance against loss or damage by fire and for repairs to the roof, main walls and

Thus, the initial agreement had nothing whatever to do with Holy Trinity. Albert Wallington subsequently died on 27th Feb 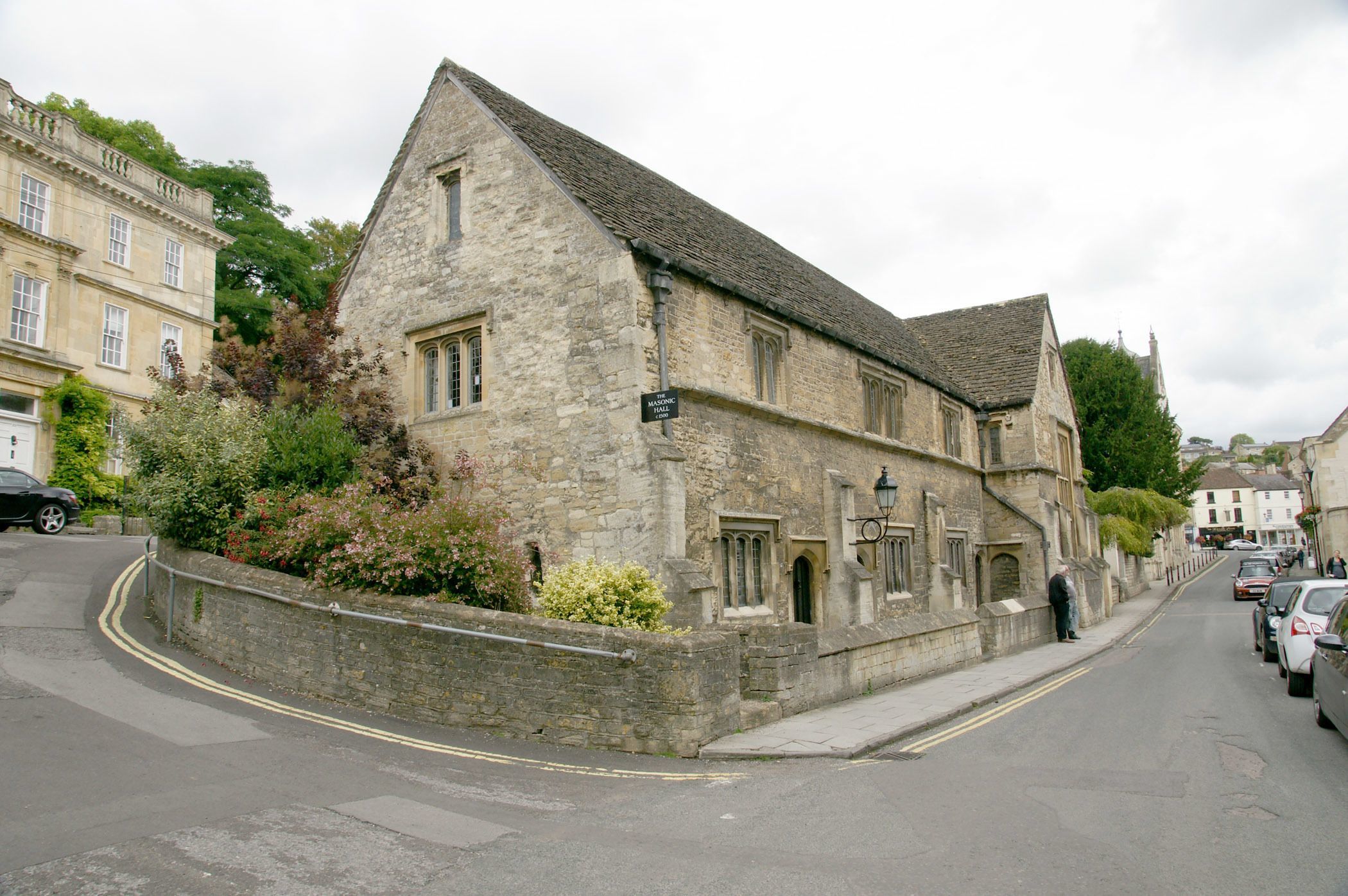 1923, and in his Will, drawn 18 up on 26th April, 1909, but subsequently unaltered, he left the property to his daughters together with the prospect of maintaining and insuring the property on behalf of the Freemasons. Those ladies then took the logical step of giving the property away to Holy Trinity, the vicar at the time being the Revd WHM Clarke. The PCC of the day became Trustees, and they immediately agreed to extend the existing ante-room of the Lodge by taking in the ground floor room of the adjacent cottage and to carry out certain repairs and restoration works. They also granted to the lodge further rights on the use of other parts of the building for the remaining term of the lease. And in December 1929 the PCC granted a further concession for the use of the main upstairs meeting room — scene of many of our own Harvest Lunches, entertainments, talks and study groups, and, until 6th October past, the regular meeting place for the MU, the Saxon Club, Junior Church, etc. In return, the PCC had the ‘right’ to use the kitchen (provided it made good any damage it caused).  Such was Mr Wallington’s legacy. And although at some point the rent was raised to £40 pa, it could hardly be called a reasonable contract.

As Joan and Tony explained in their earlier article, the financial demands for the maintenance and modernisation of the church itself have escalated to the extent that it has become increasingly difficult for us to carry out the essential refurbishment work that the hall requires. In recent years we have been running the hall at a significant loss; money badly needed for church maintenance thus being used to subsidise church hall. And it was for this reason that the PCC, having considered a number of options, finally decided, with the support and agreement of the Rural Dean and the

Diocesan Board of Finance, to sell the hall.

As of October 6th, then, the church no longer has responsibility for the hall. The ‘once and future’ financial burdens are lifted and we can now turn our attention to finding ways of making better use of our 12th Century church building, not only for the activities of church groups which have previously been using church hall — Junior Church, the Mothers’ Union, the Saxon Club and the Credit Union — but also welcoming in people for other activities.

Thanks to Anthony (Tony) Haffenden and to Holy Trinity Bradford on Avon Parish News for this wonderful article. (editor)