The Chapter meets at 6.00pm on the first Thursday in March, June, September and December.

St Edmund Chapter welcomed a new Companion to the Royal Arch on Thursday  6th December.  Brother John Laverty of White Horse Lodge No 2227was Exalted into the Chapter, with three Companions sharing the work of Principal Sojourner on the evening.   Not to be left out, the Three Principals all took a part in delivering part of the lectures later on in the ceremony.  A number of other Companions took part in the ceremony and as usual at St Edmund it was a real team effort.

Later on in the evening, the Chapter Charity Steward, Excellent Companion Keith McEvoy presented cheques to the Most Excellent Grand Superintendent for the Children at Christmas appeal, and to Companion Kevin McCarthy. who has completed twelve half and one full marathon this year to raise money for the Army Benevolent Fund and Great Ormond Street Hospital.

The Grand Superintendent presented a donation of £200 to Companion McCarthy to be split equally between the two charities.

Unfortunately Kevin was not present to receive the cheques and E. Comp. Mark Fuller received them on his behalf.  All together in the space of a few minutes £500 had been donated to various deserving causes. 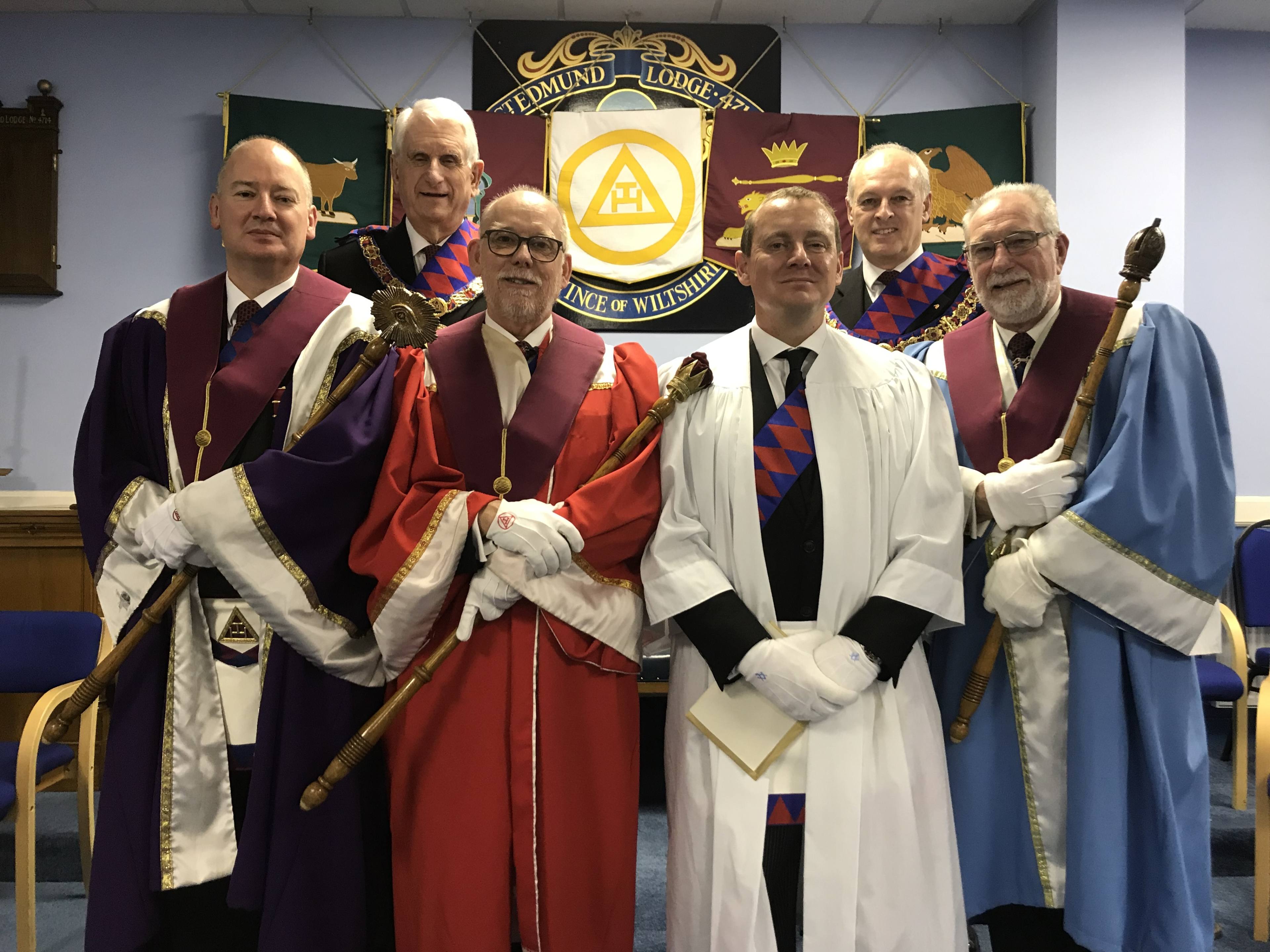 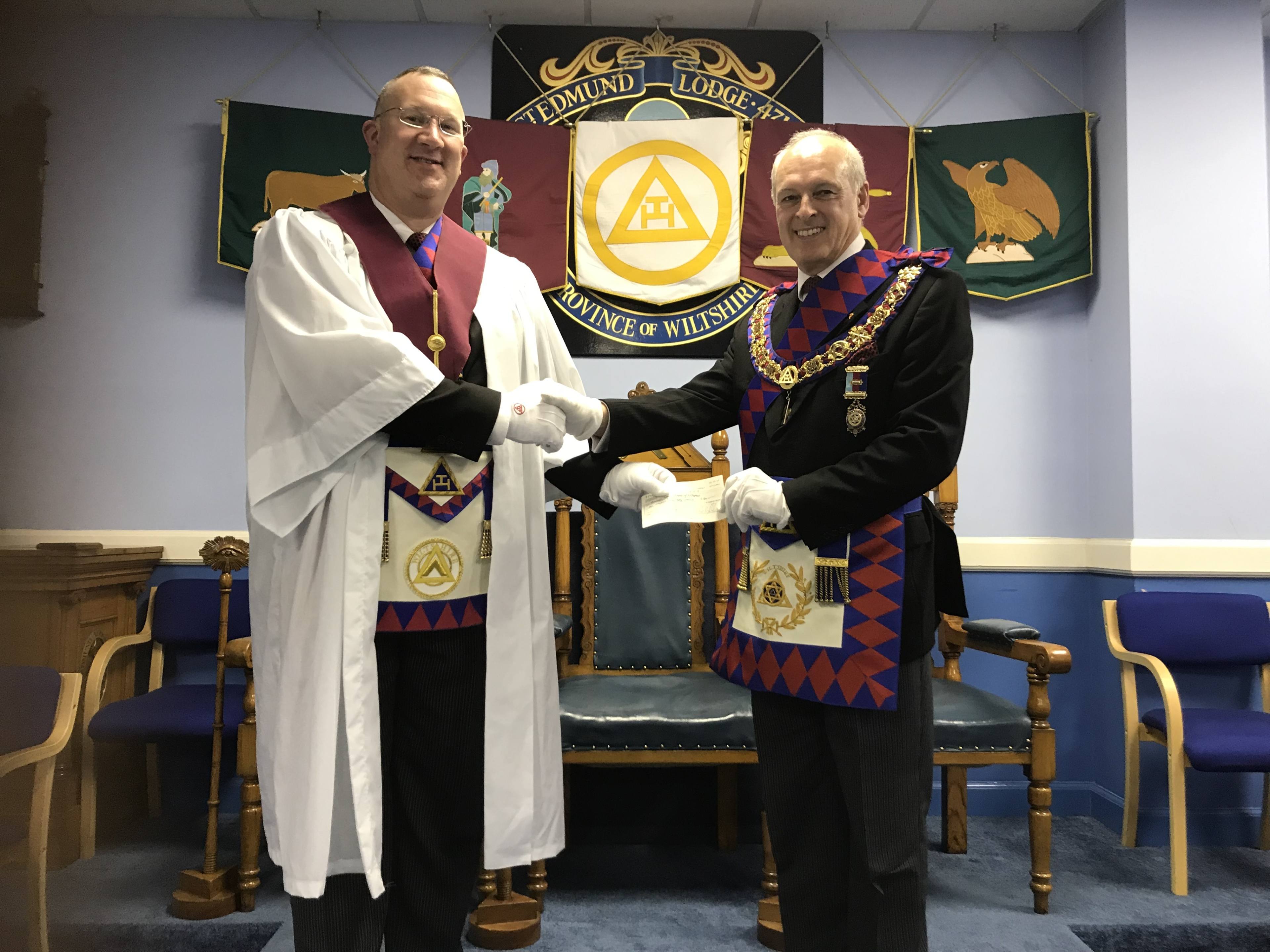 At the festive board, Comp. Laverty was officially welcomed to the Province by the Deputy Grand Superintendent, E. Comp. Colin Cheshire.

St Edmund Chapter is looking forward to a busy 2019, with two more Exaltations planned for March and June.