Every year members of the Provincial Executive meet to consider how best to respond to the many local charities who either apply or are recommended for funding support.

The Provincial Grand Charity Steward has the unenviable task of proposing which organisations are supported and with what level of funding.  There are so many worthwhile charities throughout the Province and the choice of who to support becomes more difficult every year.  The amount of funding is determined by the total amount available to disperse, it is never as much as we would like to give and yet it is also true that whatever is given is always gratefully received.

The list of beneficiaries contain many familiar names such as - Prospect, Dorothy House and Salisbury Hospice Trust.  Each of these organisations serves a geographical area of the county corresponding to the Provincial divisions of South, Central and North.  Our support and that of the many Lodges who raise funds is key to them being able to continue their important work in our communities.

Wiltshire Freemasons continue to support charities which aid victims of crime, our servicemen and women and our young people, especially those in need of additional help and counselling.

In 2015/16 we have agreed to support two new charities - The Open Door Centre in Swindon, a safe retreat for adults with learning disabilities, which recognises that everyone needs to learn to undertake meaningful and fulfilling work and to exercise some control over their own lives.  Recently The Open Door Centre received the Queen's Award for Voluntary Services.  This year they are celebrating their 30th anniversary and hope to raise £30,000. Lodges in Swindon are supporting them to acheive this target.

The Wiltshire and Swindon Youth Orchestra is well known throughout the County, holding regular concerts in The Wiltshire Music Centre in Bradford-on-Avon.  The Orchestra takes talented young musicians from across Wiltshire and teaches them how to work together to form a body capable of producing some of the best music in the South West.

some of the charities supported by Wiltshire Freemasons 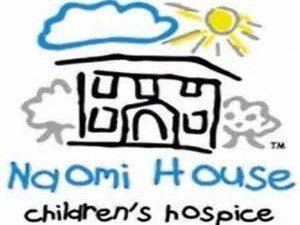