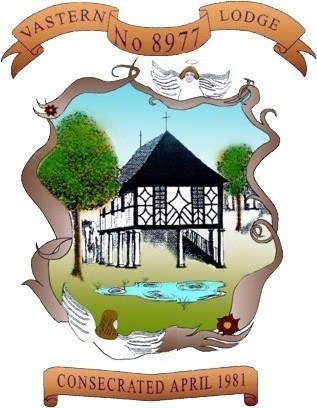 The Lodge meets on the third Wednesday in every month at 6.15pm (except May, June, July, August and December)

Installation at September meeting when the Lodge Tyles at 5.00pm

History of the Vastern Lodge No. 8977

The idea of a Lodge at Wootton Bassett had been in the minds of a number of Brethren, members of various Swindon Lodges, but with connections in the Wootton Bassett area and eventually a number of meetings were held at a local pub, the Angel, of possible founders and with the Provincial Secretary.

Very early on it was decided that such a lodge should be known as "VASTERN", because of the historic connections of the area with that name. Vastern is an Anglo Saxon word meaning fortress. This arose at the time of the Norman invasion when Alan Bassett, a Norman, was given the land around the small town, which is now Wootton Bassett but finding the local inhabitants not very friendly he built himself a castle on a hill nearby. The locals called it "Vastern" or "Castle". The area around Vastern grew, and it became one of the five Royal hunting Lodges in Wiltshire. The others being:- Clarendon, Corsham, Marlborough and Tollard Royal. Then it became a Royal residence and in the 16 Century, Queen Katherine Parr, widow of Henry VIII lived there, but that was after her marriage to Lord Thomas Seymour.

The founders of the Lodge, having succeeded in getting approval went ahead. The Consecration ceremony was at Chippenham. Masonic Centre and the Consecrating officer the Provincial Grand Master, R W Bro R A C Forrester.

The Lodge started to meet at the Angel, where the first moves had been discussed. A room at the back, used as the Lodge room, had to be dismantled after a meeting and fixed up as a dining room. The Lodge coped very well, until such time as the Landlord changed. The new one was not very interested.

The Lodge then moved to a local school, St Bartholomews Church of England School, then to Hook Village Hall and  in 1987, to Lydiard Millicent Parish Hall, dining during this time was in various places.

The Lodge currently meets in the Masonic Hall, Stanier Street, Calne on the third Wednesday of the month (except May, June, July, August and December)